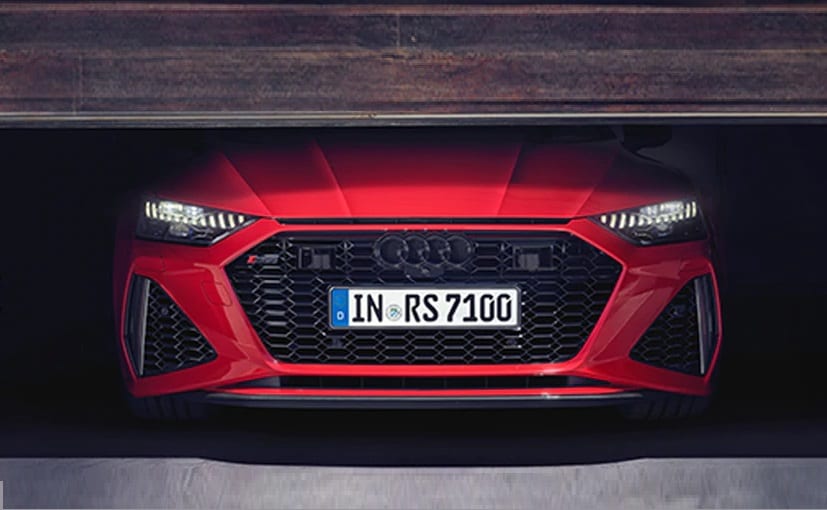 The second-generation Audi RS7 Sportback has been teased online by the carmaker on its official website and Twitter handle, confirming the launch of the performance car. It is likely to be launched in India next month.

Audi India is gearing up to launch the second-generation Audi RS7 Sportback in the country. The carmaker has released a teaser image on its official website, confirming the arrival of the performance car. Additionally, the company also released a teaser video of the car via Twitter, which confirms that it would be launched in India very soon. To be based on the second-generation Audi A7, the upcoming car will be built on the Volkswagen MLB Evo platform. The carmaker is expected to launch the all-new RS7 Sportback in India by next month.

Visually, the new RS7 Sportback will carry an aggressive design, which will be underlined by a gloss black honeycomb grille, massive air dams, matrix LED headlights. It also borrows the silhouette of the Audi A7 along with the bonnet, front doors and boot lid. The rear profile of the car will be similar to its predecessor featuring LED taillight cluster running across the width. There’ll be an air diffuser, RS7 badging at the left with Audi insignia in the centre as well. The profile will be dominated by chunky wheel arches accommodating 21-wheels. The global-spec model comes with regular bodywork, 21-inch wheels, air suspension, sporty seats, and more.

On the inside, the Audi RS7 will be loaded with new-age interiors featuring dual touchscreen display on the dashboard, heated RS seats, spacious cabin, climate control zones and more. The overall cabin layout will be enhanced by the Alcantara trim, further complemented by the RS steering with large paddle-shifters.

The new RS7 will be powered by a 4.0-litre twin-turbocharged V8 engine with direct fuel injection. The unit will be capable of producing 591 bhp and a peak torque of 800Nm. Transmission duties will be carried out by an 8-speed automatic gearbox, sending power to all the four wheels via the quattro AWD. Performance-wise, the new RS7 is capable of hitting the three-figure mark in just 3.6 seconds prior to clocking a top-speed of 250 kmph, which is electrically limited. The performance car is also capable of achieving 0-200 kmph in under 12 seconds.