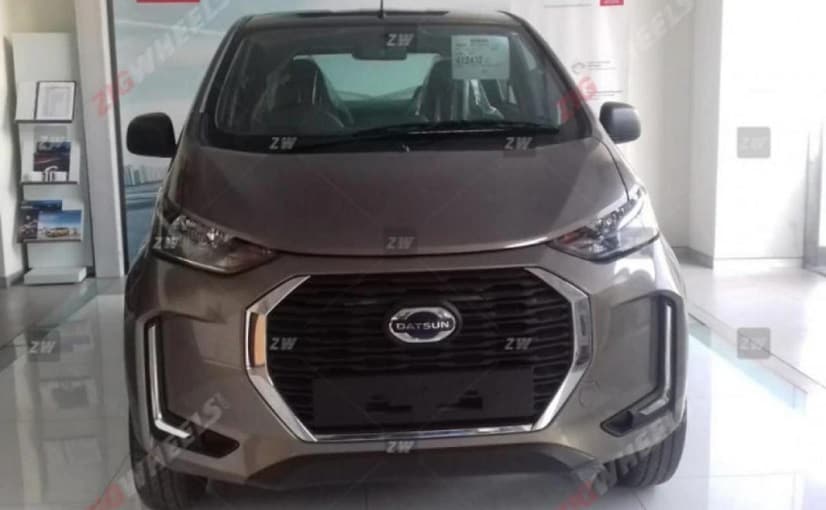 The upcoming Datsun redi-Go entry-level hatchback has been spotted at a dealership prior to its India launch. The updated car gets considerable cosmetic updates on the inside as well as outside.

Going by the new images, the Datsun redi-Go get an extensive facelift

Nissan India had previously teased the facelifted version of its entry-level car- redi-Go, which is expected to be launched in India soon. The teaser images from the carmaker do hint that the launch is imminent. Though the carmaker hasn’t revealed the official launch date yet, the 2020 redi-Go facelift has been spotted at a dealership. The car hitting the dealership ahead of the launch confirms that the car will be launched in India in the coming days. Moreover, the images of the upcoming redi-Go facelift were leaked online, revealing its design, features, variants and specifications. 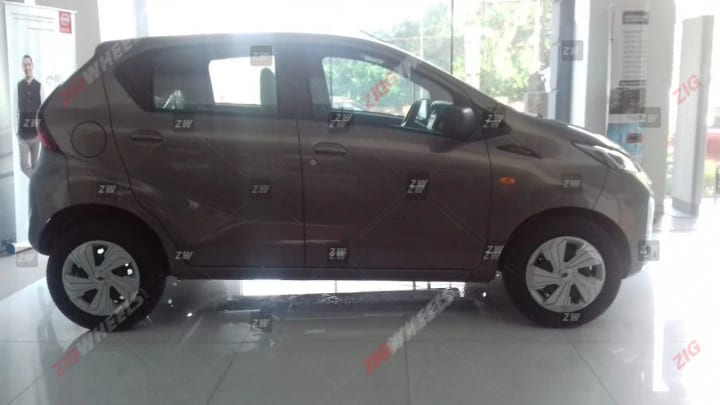 Datsun redi-Go facelift gets considerable updates inside out

Going by the images, the model spotted at the dealership seems to be a mid-spec variant which misses out on L-shaped LED DRLs and flex wheels. The updated Datsun redi-Go gets considerable cosmetic updates, sporting a new facia with a bigger grille upfront with chrome surrounds. The overall design of the car is underlined by all-new headlamps with silver accents, new muscular bumper with L-shaped LED DRLs, LED fog lamps, body-coloured ORVMs, 14-inch alloy wheels, rear spoiler, new rear bumper and new LED taillamps.

Similar to the predecessor, the Datsun Redi-GO facelift will be offered in four variants – D, A, T, and T(O). But the car is likely to be seen in multiple iterations, which will be based on engine and transmission options on offer. The overall proportion of the car is expected to remain unchanged, with a length of 3429 mm, a width of 1560 mm, and a height of 1541 mm. The wheelbase and ground clearance will also remain the same at 2348 mm and 185 mm, respectively. 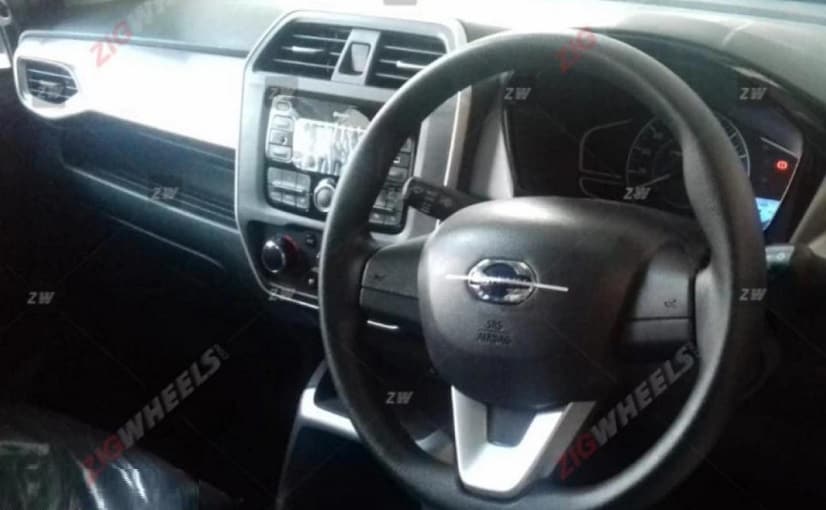 The car gets an all-new dashboard with dual-tone treatment

On the inside, the redi-Go facelift will flaunt the all-new dashboard with black and gunmetal grey dual-tone paint scheme. It will also come loaded with an all-new 8-inch touchscreen display with Apple CarPlay and Android Auto compatibility. The unit will also support voice recognition and Bluetooth connectivity. For safety, the car will come equipped with dual airbags, ABS with ABD, rear parking camera, rear parking sensors, central locking, seatbelt reminder, front seatbelts with pre-tensioners and load limiters and speed sensors.

As far as the powertrain options are concerned, the 2020 Datsun redi-Go will be offered in two petrol engines – 1.0-litre & 0.8-litre. Both the units will be BS6-compliant. Transmission duties will be carried out by a 5-speed gearbox as standard. However, the bigger 1.0-litre petrol engine will also get an optional AMT unit.