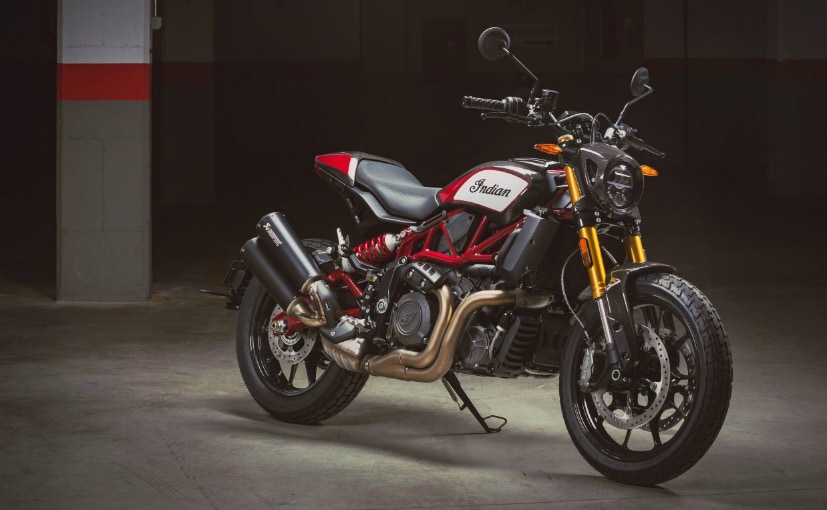 The India FTR Carbon is the newest and flagship model in Indian’s FTR 1200 range of motorcycles. The FTR Carbon gets a bunch of carbon fibre bits, making it that much closer to the original FTR 750 flat-track race bike on which the FTR 1200 is based.

The Indian FTR Carbon is listed on the company’s India website, which means it could be headed to India

The Indian FTR Carbon is finally revealed. It is the newest and the flagship model to headline Indian’s FTR 1200 Series. As the name suggests, the FTR Carbon gets a bunch of carbon fibre parts along with a shotgun style Akrapovic exhaust, in a bid to enhance the desirability quotient of the FTR 1200. The FTR 1200 series is inspired by the FTR750, which is Indian’s flat-track race bike that won three Grand National titles in a row. With the carbon fibre bodywork, the FTR 1200 now comes even closer to the FTR750 race bike. In the UK, it has been launched at a price of 14,699 pounds or ₹ 13.85 lakh.

On the FTR Carbon, the front fender, headlamp nacelle, fuel tank, airbox covers, passenger seat cowl are all made of carbon fibre. Other new additions include the Titanium Akrapovic shotgun style exhaust and the ‘FTR Carbon’ brand plate on the fuel tank. 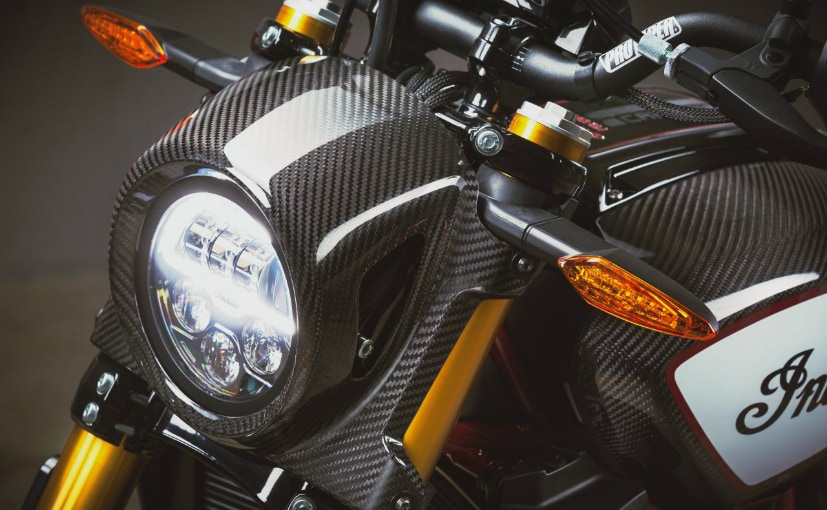 The FTR 1200 range gets a 1,203 cc V-twin engine which is liquid-cooled and pumps out 120 bhp along with 120 Nm of peak torque! The engine used is the one on the Scout but gets up to 80 per cent new components. There is a six-speed gearbox on offer. We expect the FTR Carbon to use the same engine and components as well. The FTR 1200 S gets a host of premium features such as Bosch stability control with a six-axis inertial sensor along with lean sensitive traction control and ABS, three riding modes (Sport, Standard and Rain) and a 4.3-inch full-colour touchscreen instrument console. 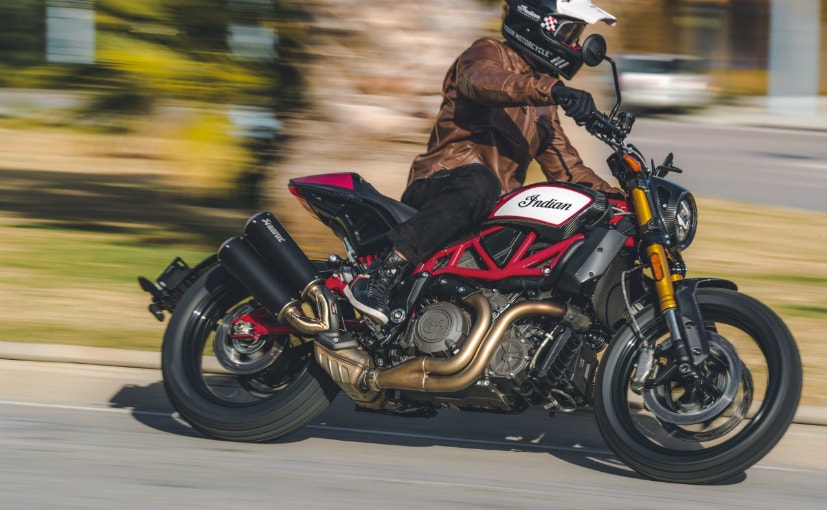 The FTR Carbon comes fully-loaded with LED lighting all around for better visibility and a USB fast-charge port and Bluetooth compatibility for charging and controlling mobile devices. The FTR Carbon also gets a suspension travel of 150 mm at both ends, aiming to offer a comfortable ride. Indian Motorcycle will also offer more than 40 accessories for the FTR Carbon. These have been specifically developed for the FTR range. The good news is that the Indian FTR Carbon has been listed on the company’s India website. So, we expect the motorcycle to be launched in India in the next few months.