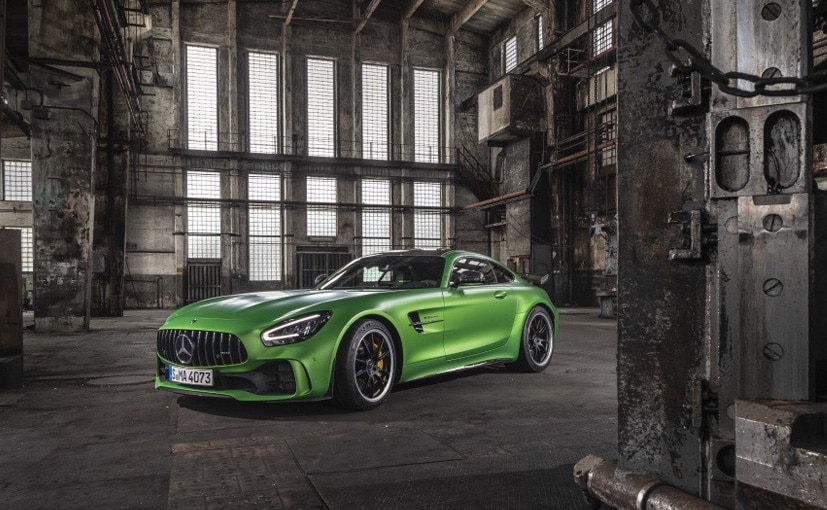 The new GT R has received a mid-life update and does not differ much from the outgoing model in terms looks and dimensions but has upped the performance quotient.

The 2020 Mercedes-AMG GT R has received a mid-life update and looks similar to the outgoing model.

After creating a mammoth buzz since we first saw photographs of it, the 2020 Mercedes-AMG has finally been launched In India priced at ₹ 2.48 crore, (ex-showroom, India). It has been launched along with the Mercedes-AMG C 63 Coupe and needless to say, both models are brought to India as completely built units (CBUs). The new GT R has received a mid-life update and doesn’t differ much from the outgoing model in terms of looks and dimensions but has upped the performance quotient. 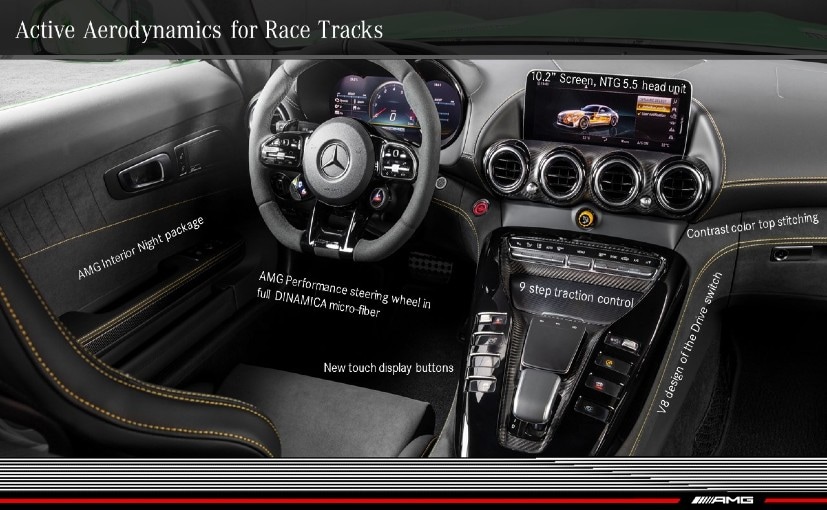 The new Mercedes-AMG GT R remains identical to the outgoing model on the inside in terms of layout.

Visually it is a bit hard to tell the difference between this updated AMG GT R and the outgoing model that’s been on sale in India, but a closer look reveals some new elements. For instance, it now gets an updated front bumper with a pair of canards on either end and 14 slat vertical apron which further enhances its aerodynamics. The area above the central air dam also has been tweaked while the design of the rear wing has been revised as well. It also gets new AMG performance LED headlamps and, AMG A-Type panamericana grille and inproved brake cooling measures. At the rear  The rest of the car looks similar to its predecessor. Even on the inside the two-seater AMG GT R remains identical to its predecessor in terms of layout and design and continues to get the AMG button to quickly select the AMG dynamic select modes.

Under the hood, the Mercedes-AMG GT R will continue to use the same 4.0-litre bi-turbo V8 engine which has been tuned to belt out 577 bhp and 700 Nm of peak torque and will be mated to a AMG Speedshift 7-Speed automatic gearbox as standard. That said, the new car is lighter than the outgoing model by 13.9 kg which in turn makes it quicker to triple digit speeds at 3.6 secs while it can clock a top speed of 318 kmph. It continues to get the rear wheel steering that turns in the direction of the front wheel at over 100 kmph to maintain agility and in the opposite direction at lower speeds.