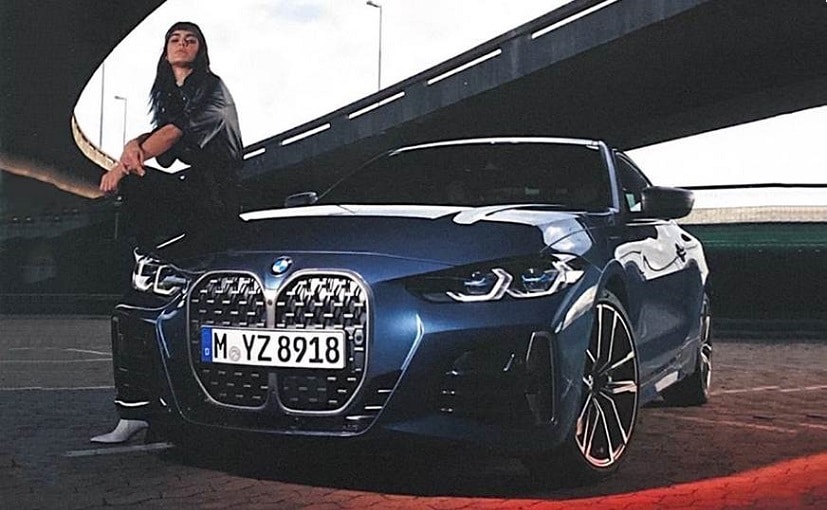 BMW will be launching the 2021 BMW 4 Series Coupe globally today. The event will be held digitally because of the coronavirus pandemic. The event is slated to begin at 6 pm CEST, which is around 9:30 pm IST.

BMW 4 Series launch event will begin at 6 pm CEST, which is around 9:30 pm IST

The all-new 4 Series Coupe will be officially making its world premiere today through an online event. Ahead of its global debut, a set of images have surfaced online revealing the exterior details of the 4 Series Coupe. The leaked images seem to have been lifted from a brochure, giving a first glimpse of the car. The leaked brochure also reveals the exterior colour options that will be on offer when the car is launched. BMW 4 Series Coupe front, side & rear design revealed prior to the global debut

Going by the leaked images, the BMW 4 Series will get a bold kidney grille up front which is now wider and taller than before. It will be based on BMW’s CLAR (cluster architecture) platform and will borrow 85 per cent of its design from the concept model. Enhancing the Coupe design, the car gets LED headlights, LED tail lamps, sloping roofline, sleek-looking side and rear profiles and much more. Initially, the BMW 4 Series will be offered in a Coupe version and the convertible and 4-door Gran Coupe iterations will follow later on. 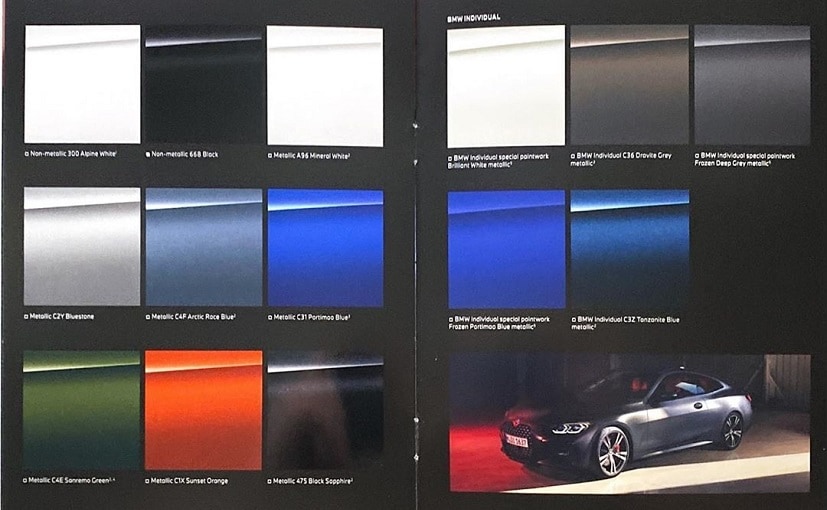 Mechanically, the 2021 BMW 4 Series Coupe will come powered by a 3.0-litre, six-cylinder engine which will be tuned to make 363.9 bhp and 500 Nm of power figures. The engine will be mated to an 8-speed automatic gearbox. The company is also expected to offer a mild-hybrid system which will make 10.8 bhp more as a boost. The company could lift other engines from the 3-series.

BMW offered 4 Series in India in the form of performance-oriented M4 guise, which was way back in 2014. As of now, the Bavarian carmaker hasn’t revealed or announced any plans to bring the model in the country. The BMW recently introduced 8 Series Gran Coupe and M8 in India at ₹ 1.3 crore and ₹ 2.15 crore (All prices ex-showroom, India).