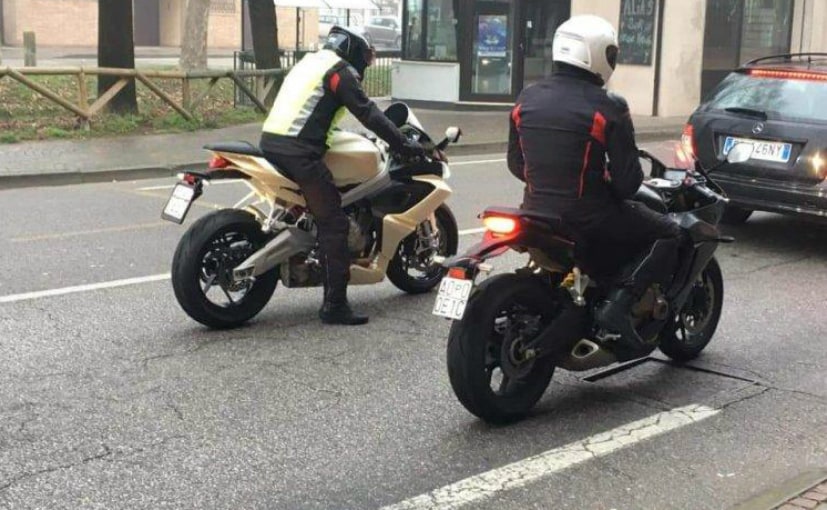 The Aprilia RS 660 was set to be revealed in public at the Aprilia Festival in Mugello in early May, but was postponed due to the COVID-19 pandemic.

The upcoming Aprilia RS 660, a much talked-about supersport class machine from the Italian brand, looks set to be launched very soon. Two test mules of the Aprilia RS 660 have been spotted on test, although it’s not clear when the image is from, but we feel this will be from a couple of months ago, before the COVID-19 pandemic ravaged Europe, and other parts of the world. The test mules show that the bike is almost ready for production, because the body panels seem to be all in finished form, and there’s no data-logging or tracking equipment fitted onto the bikes, as is the case with test prototypes. 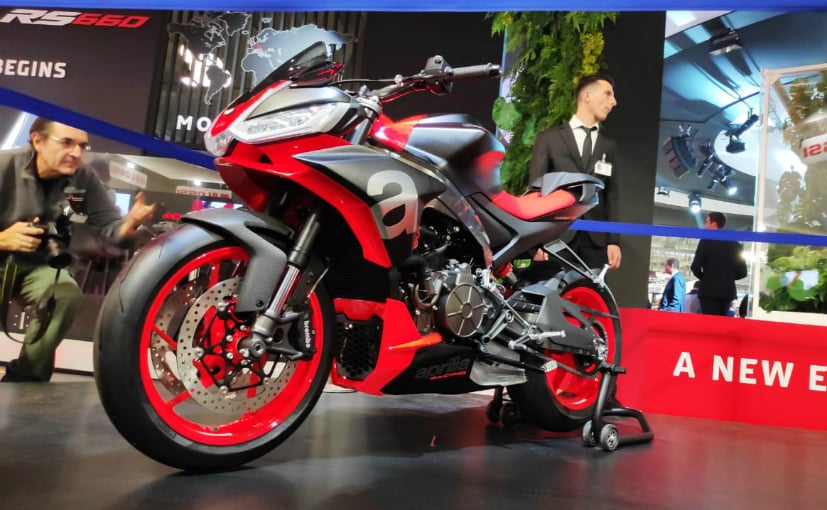 The Aprilia RS 660 was unveiled at the EICMA 2019 motorcycle show in Milan last year. But there’s one visible change in the production model, which seems to come with a pillion seat and passenger footpegs, both of which were missing from the display bike at EICMA. The RS 660 was supposed to have been revealed to the public on May 9 at an event in Mugello, during the Aprilia festival. Unfortunately, the current COVID-19 pandemic and lockdown restrictions seem to have put those plans in the backburner. In any case, with the latest spy shots, one thing is clear, that the Aprilia RS 660 is all set to be launched, and very soon at that! 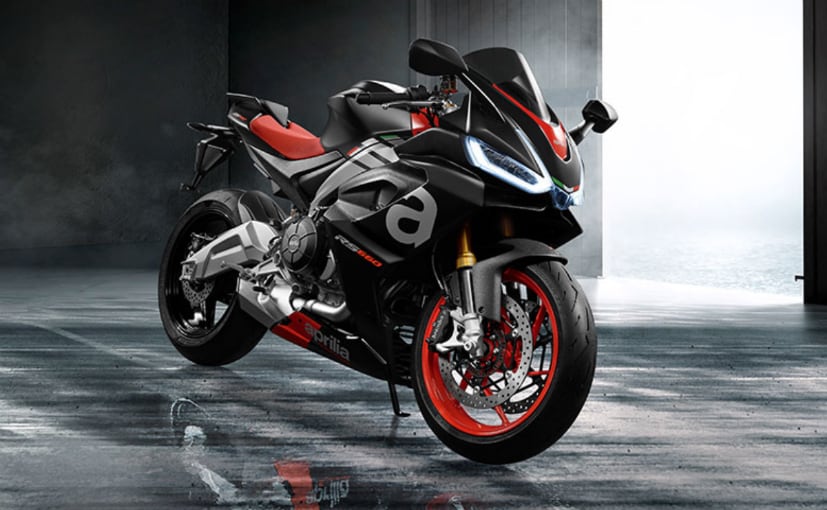 The Aprilia RS 660 is powered by an all-new 660 cc, parallel-twin engine which puts out around 100 bhp of maximum power, although the full specifications have not been released yet. The engine is derived from the front cylinders of the 1100 cc Aprilia RSV4 engine, so the 660’s engine has two front-facing cylinders, which has apparently made the engine compact, and also allowed Aprilia engineers to create a slim and lightweight chassis. The RS 660 has a dry weight of just 168 kg, but will be loaded with a state-of-the-art electronics package, powered by a six-axis IMU (inertial measurement unit).

Traction control, cornering ABS, five riding modes (3 for street, 2 for track), up/down quickshifter, wheelie control and engine braking system will be part of the RS 660’s electronics package. Front suspension is handled by a 41 mm Kayaba fork, while braking is handled by Brembo calipers all round with dual 320 mm discs on the front wheel.