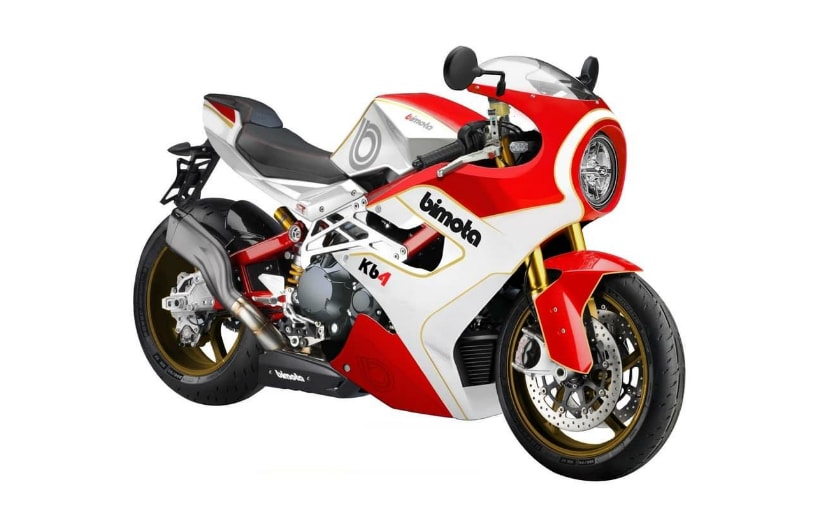 Italian motorcycle brand Bimota has gotten a new lease of life after Kawasaki picked up 49 per cent stake, and the upcoming KB4 will be one of the new Bimota models.

The Bimota KB4 will be based on the Kawasaki Z1000

The latest motorcycle from Bimota, which will continue to live on with support from Kawasaki, will be the Bimota KB4. The bike in question is a definitively retro looking example, but beneath the 1980s styled bodywork will be a modern engine. In this case, the Bimota KB4 will be powered by the inline four-cylinder engine from the Kawasaki Z1000, so it will have performance in the bucketful, in this case, around 140 bhp of power and over 108 Nm of peak torque. But that’s where the similarities with Kawasaki end. In the styling department, the KB4 is certainly Bimota, with very distinctive retro appeal.

So far, the Bimota KB4 seems to be a rendering only, and it’s still a matter of question when the KB4 will see production. But one thing is certain; under Kawasaki’s part ownership, the Italian motorcycle brand will see a new lease of life, continuing from the Kawasaki Ninja H2 based Bimota Tesi H2, which was showcased at the EICMA 2019 show in Milan. With the latest renderings of the KB4, Bimota seems well on its way to be resurrected to take on established players in the premium motorcycle segment, and even retro flavoured bikes like the MV Agusta Superveloce 800 Serie Oro.

Bimota is a storied Italian motorcycle brand, founded in 1973 in Rimini, Italy by Valerio Bianchi, Giuseppe Morri and Massimo Tamburini. The company takes its name from the first two letters of the surnames of the founders. Bimota concentrated initially on building high-quality motorcycles around existing engines, customising top models of Suzuki, Honda, Ducati and Kawasaki. Massimo Tamburini, Bimota’s celebrated co-founder and long-time chief designer, has been an influential player in motorcycle design, particularly in the development of other Italian brands like Ducati and MV Agusta. Bimota bikes have had a colourful past, especially in racing, experiencing success in the early years of Superbike World Championship. Whether the new Kawasaki-based Bimota bikes will be seen on racetracks remain in question, but retro flavoured design certainly seems the order of the day!