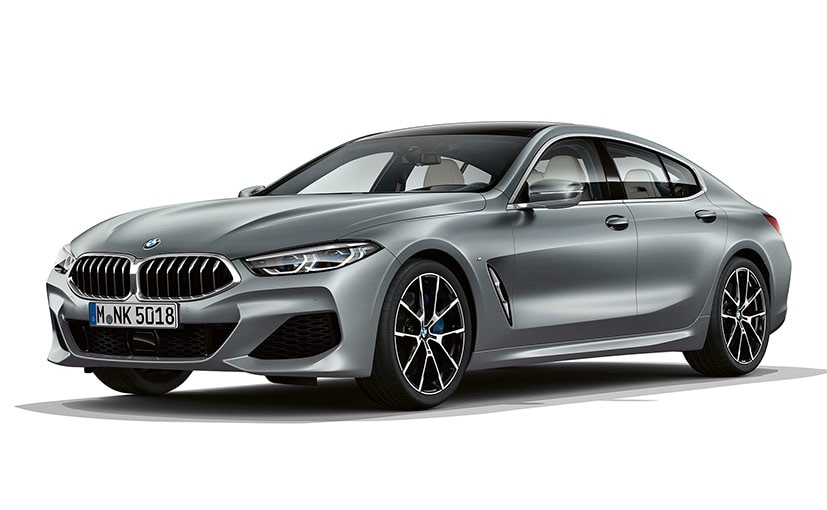 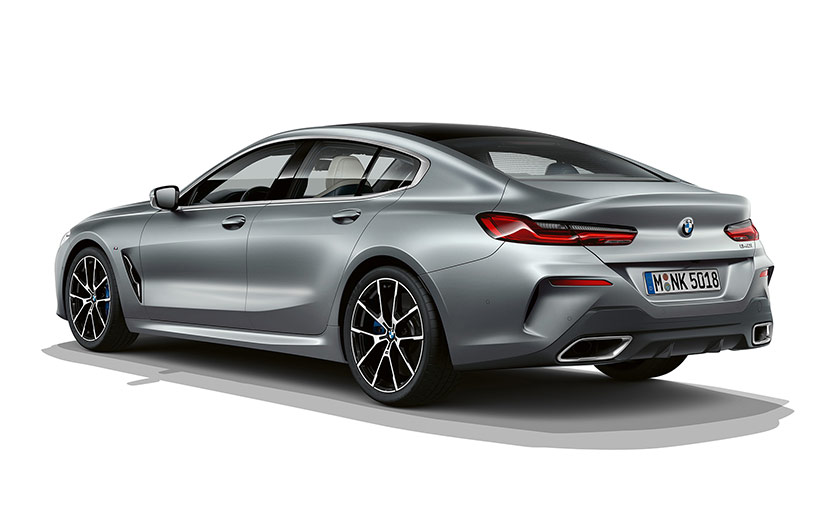 Upfront the car comes with the new kidney-shaped twin grille with chrome borders and vertical slats adding that imposing stance, flanked by a pair of sweptback LED headlamps, and a wide central airdam. While the base model gets Adaptive LED headlamps, the M Sport variant gets BMW Laserlight with 3 levels LED lights with low-beam, high-beam and high-beam headlights with a laser module. The two variants of the car get a set of 18- and 19-inch light-alloy wheels respectively, while the ORVMs are heated and electrically operable. The distinctive coupe-style sloping roofline certainly makes it stand out and at the rear, the car features sleek, wraparound LED taillamps and a sculpted bumper with a rear diffuser and chrome elements around the dual exhaust system. The car also gets an automatic tailgate. 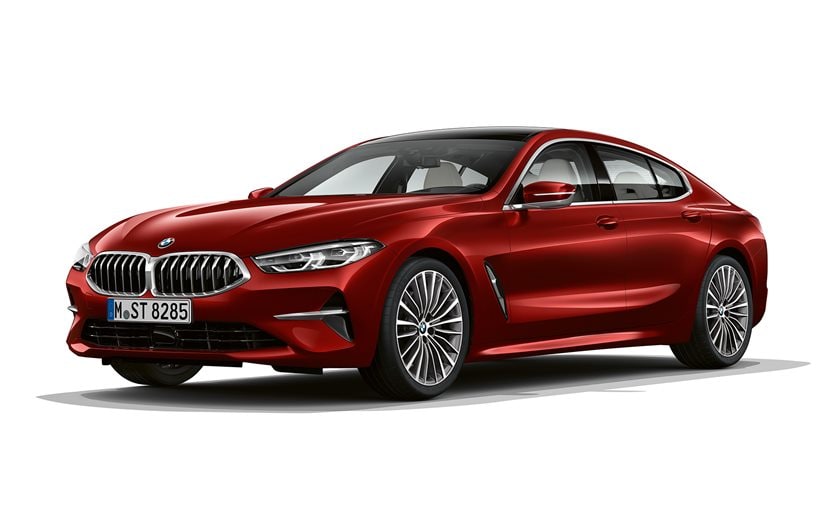 Inside, the 8 Series Gran Coupe gets a 4-seater configuration, since the central tunnel carries through and meets the rear seat to offer a small console with climate control, 2 USB C charge points and the AC vents for the rear passengers. The car also gets BMW’s Live Cockpit with a 12.3-inch digital instrument cluster and a 10.25-inch high-resolution display for infotainment, equipped with wireless Appel CarPlay, navigation with 3D maps, iDrive Touch with handwriting recognition and direct access buttons, gesture control, voice command and an integrated 32GB hard drive for maps and audio files. 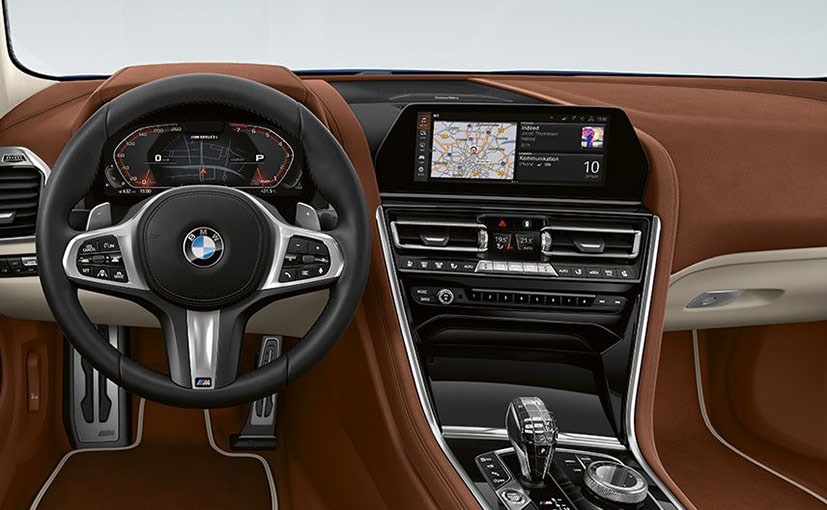 The BMW 8 Series Gran Coupe gets BMW’s Live Cockpit with a 12.3-inch digital instrument cluster and a 10.25-inch infotainment display

Other features include – a 360-degree camera (optional), parking assistant, camera and ultrasound-based park distance control (PDC) system in front and rear with reversing assistant, a rearview camera, and telephony with wireless charging with extended functionality. In terms of safety, the car comes with 8 airbags, ABS with Brake Assist, and an Attentiveness Assistant that functions from 70 kmph and higher, analysing the driving behaviour of the driver, and suggesting when to take a break in the control display. Additionally, the car also gets – automatic braking after crash function, run-flat tyres, Cornering Brake Control (CBC), Dynamic Stability Control (DSC) including Dynamic Traction Control (DTC), ISOFIX child seat mounting, rear outward seats and Tyre Pressure Indicator among others.