Current Generation Honda City To Continue With Only The Petrol Engine

Honda Cars India will retail the current generation and the new generation City alongside each other, and carandbike can now confirm that the current model will be sold only with the petrol engine.

The fourth-generation Honda City will be positioned below the new model.

The fifth generation Honda City was slated to debut in March this year but the unprecedented lockdown due to the Coronavirus pandemic has pushed the launch for the all-new model. The new-gen Honda City launch is just around the corner. In an interesting move, the fifth generation and the fourth generation (current) models will co-exist in the market. Rajesh Goel, Senior Vice President & Director, Sales & Marketing, Honda Cars India, confirmed the development on the latest episode of Freewheeling With SVP and said, “In the fourth generation, the BS6 is only available on the petrol, and that’s how we intend to keep it. “

Elaborating more on the same, Goel revealed that while the next generation Honda City will be sold in both petrol and diesel engine options, the current model will get only the 1.5-litre BS6 petrol engine. The sedan was updated to the BS6 norms earlier this year and the move could see Honda take a dual approach to the compact sedan segment with a wider portfolio. The fourth gen Honda City has been around for a while and continues to be a popular-seller in the segment. It is likely that the model will get a more competitive price tag that will help take on the Maruti Suzuki Ciaz and the entry-level trims of the Hyundai Verna, Volkswagen Vento and the Toyota Yaris. Meanwhile, the 2020 Honda City will be a major overhaul over its predecessor and will see an all-new 1.5-litre petrol engine with more power, a revised diesel engine and a host of new features and goodies on offer. 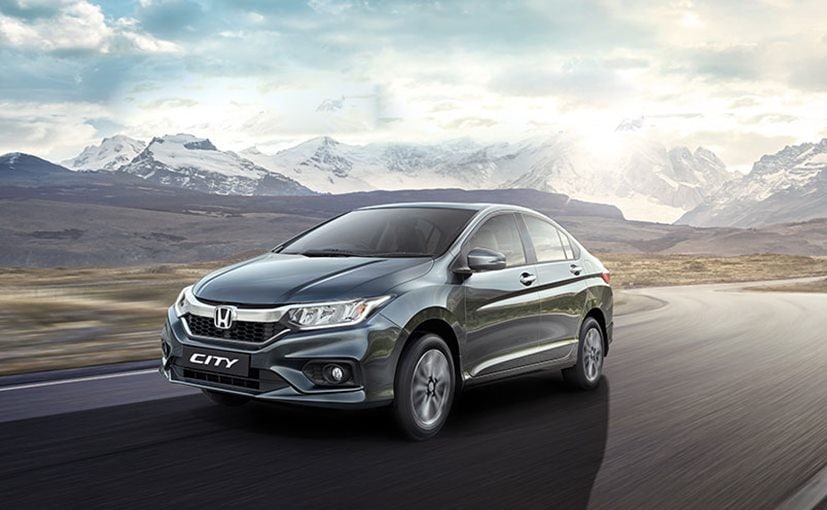 While there have been rumours that Honda plans to target the fleet segment with the sale of the current generation City in India, the same is yet to be confirmed by the automaker. Goel also did not reveal the variant break-up on the old City, but did say that the model will be sold in a fairly loaded guise, in-line with the premium benchmark that the City has set for itself over the last two decades across four generations.

The move does beg the question if the new generation Honda City will see a premium price tag. The sedan made its debut in Thailand last year and looks extremely promising with an appreciable list of features. It’s also grown in proportions and is now wider and longer by a considerable margin. The new car also mimics the cabin from the new generation Jazz, which makes it a clutter-free yet feature-laden interior.

With respect to the current model, the fourth generation Honda City gets all the essentials including the touchscreen infotainment system and even the HondaConnect app. Power comes from the BS6 compliant 1.5-litre i-VTEC petrol motor that develops 117 bhp and 145 Nm of peak torque. The motor is paired with a 5-speed manual and a CVT automatic. It will be interesting to see if the current Honda City will be offered with a CVT once the new model arrives.

In contrast, the all-new Honda City uses a revised 1.5-litre petrol engine that develops 119 bhp while peak torque remains the same at 145 Nm. Expect the transmission options to remain the same. The 1.5-litre i-DTEC diesel, on the other hand, makes 99 bhp and 200 Nm, and is paired with a 6-speed manual.

The new generation Honda City is expected to debut in a few weeks and initial production will be restricted till the company chooses to scale things up, depending on the situation. More details will be available in the coming days.