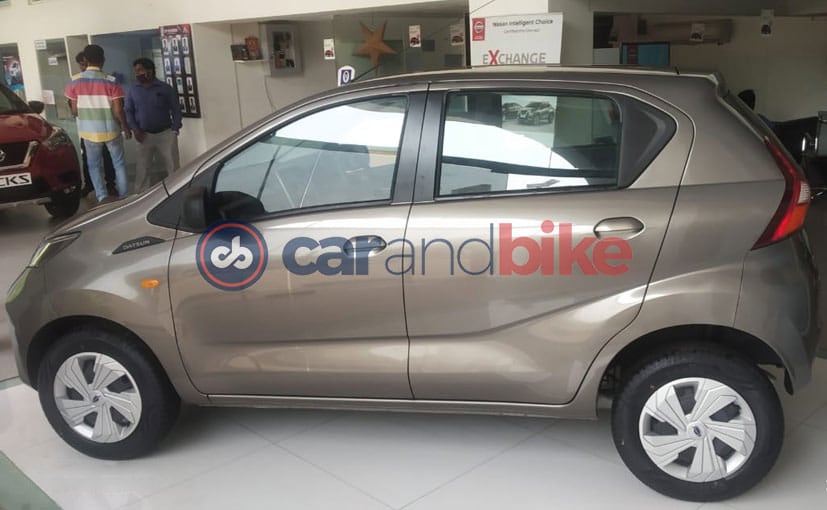 Several dealers across the country have started taking pre-bookings for the 2020 Datsun Redi-Go facelift. The interested buyers can pre-book the car with a minimum token amount of Rs. 5,000. This amount varies from dealer to dealer.

Nissan India is all set to launch the new Datsun Redi-Go facelift small car in the Indian market soon. Though the carmaker hasn’t specified any official launch date yet, the entry-level car has already started hitting the showroom before the launch. We approached various dealers across India and they dealers have confirmed the commencement of pre-bookings for the entry-level hatchback. And, the interested customers can book the new Redi-Go facelift with a token amount of ₹ 5,000. Notably, the booking amount varies at dealership level as some are accepting bookings with a down payment of ₹ 10,000. 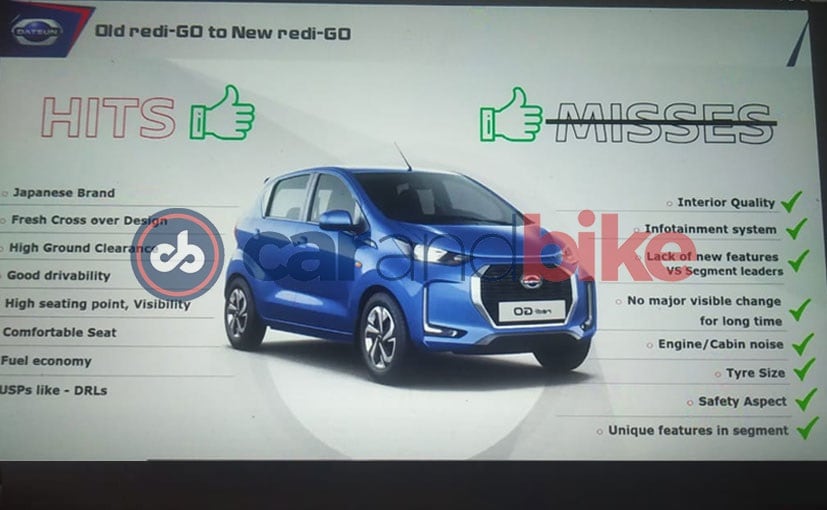 The 2020 Datsun Redi-GO facelift will be offered in four variants – D, A, T, and T(O), which remains similar to the outgoing model. The top-of-the-line variant will be offered with several new features such as bold front grille with chrome surround, sleek headlamps, L-shaped LED DRLs, LED fog lamps, LED signature tail lamps, Datsun signature emblem, 14-inch wheels with dual-tone cover and much more. Dimension-wise, the new Redi-GO facelift measures 3429 mm in length, 1560 mm in width, and 1541 mm in height whereas the wheelbase and ground clearance remain the same at 2348 mm and 185 mm, respectively. 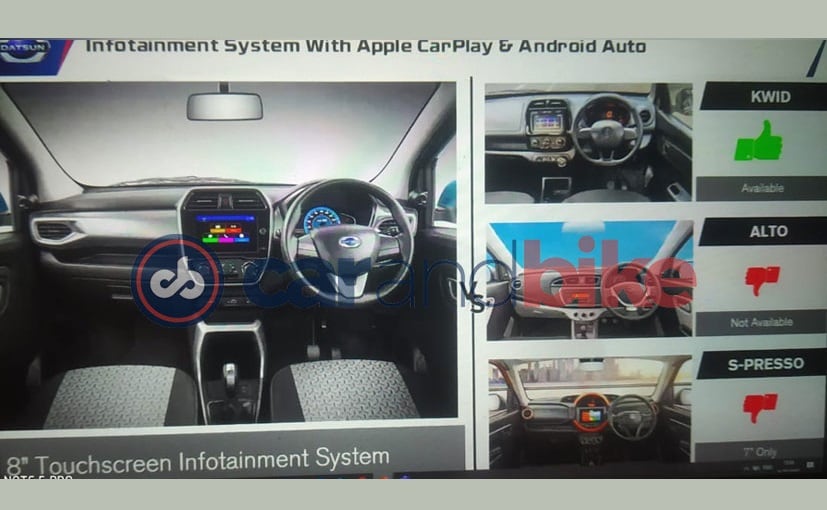 Coming to the interiors, the car comes loaded with an all-new dashboard with black and gunmetal grey dual-tone paint scheme. It also comes equipped with an all-new 8-inch touchscreen display with Apple CarPlay and Android Auto. It also supports voice recognition, Bluetooth connectivity. The unit can also be used as a display for the rear-view camera with guidelines, 3-spoke steering wheel. Other features like front door trim fabric, integrated ORVMs, silver coating for AC vents adds a premium appeal to the interior. The company is also offering dual front airbags for the safety of the passengers. It also gets ABS with EBD, reverse parking sensors, seatbelt reminder, front seatbelts with pre-tensioners and load limiters, speed sensors and more. 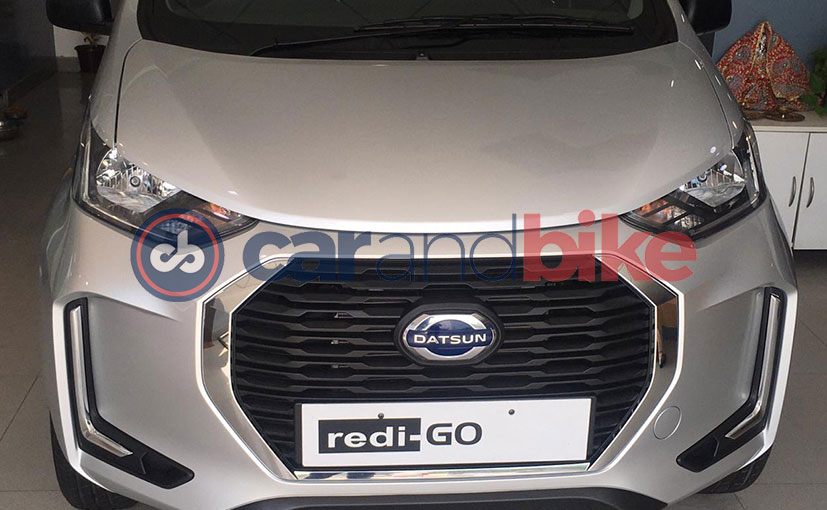 Coming to the powertrain options, the new Datsun Redi-Go facelift will be offered with two BS6 compliant petrol engines – 0.8-litre and 1.0-litre. The mechanical front of the car remains the same as that of the predecessor. Both the engine will come mated to a 5-speed gearbox as standard. But, the 1.0-litre petrol engine will be seen with an optional AMT unit.