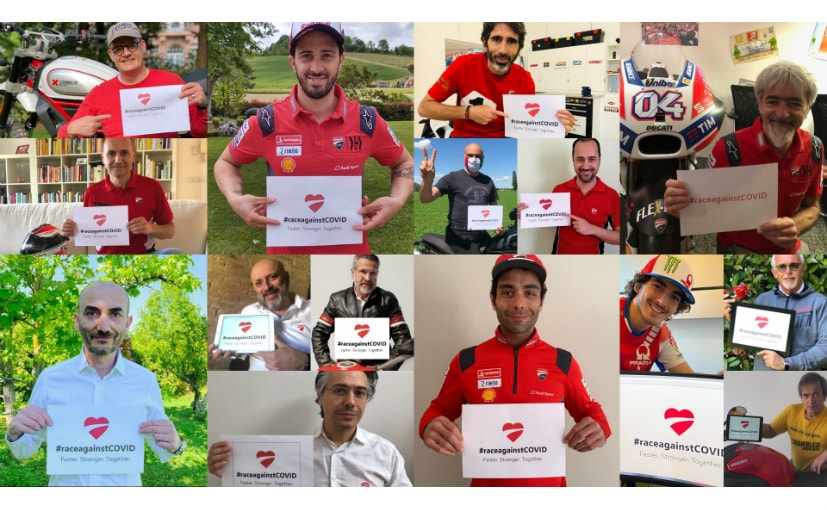 An international fundraising appeal titled #raceagainstCovid has been launched to finance rehabilitation efforts of one of Italy’s largest hospitals.

Ducati has launched an international fundraising campaign for the Policlinico di S.Orsola of Bologna, one of the largest hospitals in Italy, to help finance rehabilitation programs for patients in post Covid-19 convalescence. The Borgo Panigale company has launched the #raceagainstCovid campaign, which has rallied together the entire Ducati family, including employees of the Bologna headquarters and its subsidiaries throughout the world, DOC, dealers, suppliers, partners, riders and enthusiasts to offer support to those who work every day in the front line to protect the health of citizens.

“Even on those who recover, Covid-19 often leaves a significant aftermath on organs and systems that it has attacked with its harsh action. Lungs, heart, circulatory system, kidneys, brain are the preferred targets of the virus. Impairments of lung, cardiac and renal function occur, the risk of thrombosis remains and there may also be neurological residues. To monitor these patients, treat them and follow their rehabilitation, dedicated multidisciplinary areas have been set up with cardiologists, neurologists, nephrologists, pneumologists, physiatrists and infectious disease specialists.

“For these patients, even complex rehabilitation programs are proposed that require dedicated personnel and specific equipment such as, for example, telemedicine tools for remote patient control, robots for patient rehabilitation at home, ultrasound, echocardiographs, electro-stimulators of respiratory muscles and instruments that measure their strength and train them, traditional active and passive exercise bicycles (for patients with respiratory problems forced in bed)”, said Chiara Gibertoni, General Manager of the Policlinico di S.Orsola. 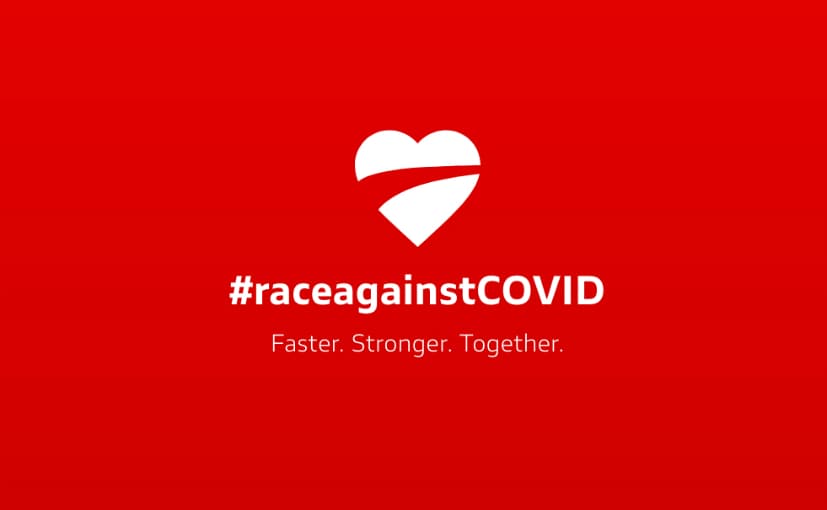 The donations are received directly by the University Hospital of Bologna Policlinico di S. Orsola.

The goal is to collect, by June 2020, the necessary funds to finance instrumentation, research and staff of the Policlinico di S.Orsola of Bologna dedicated to the exclusive care of patients in post Covid-19 convalescence. Ducati has appealed to funds from everyone, asking contributions from those wishing to donate by credit card to just go to the dedicated page of the GoFundMe platform (of which a mobile app is also available); for those who prefer to participate by bank transfer, simply make a payment to the account of the Hospital (IBAN IT68E0306902480100000300027), indicating the cause “raceagainstCovid donation”. The donations are received directly by the University Hospital of Bologna Policlinico di S. Orsola.

“Faced with a tragedy such as that caused by the Covid-19 virus, one can remain immobile, paralyzed by terror, or react quickly, precisely and in a coordinated way. Helping the health system in every possible way is a duty of every single citizen and also of the companies that are a fundamental part of the social fabric,” declared Claudio Domenicali, Ducati CEO.

The members of the Ducati Board started off the fundraising collection, followed by many other employees. The amount collected was then doubled by the company, reaching the amount of 100,000 Euros, the starting point of #raceagainstCovid.