Face Masks And A Factory Redesign: How Bentley Plans Return To Work 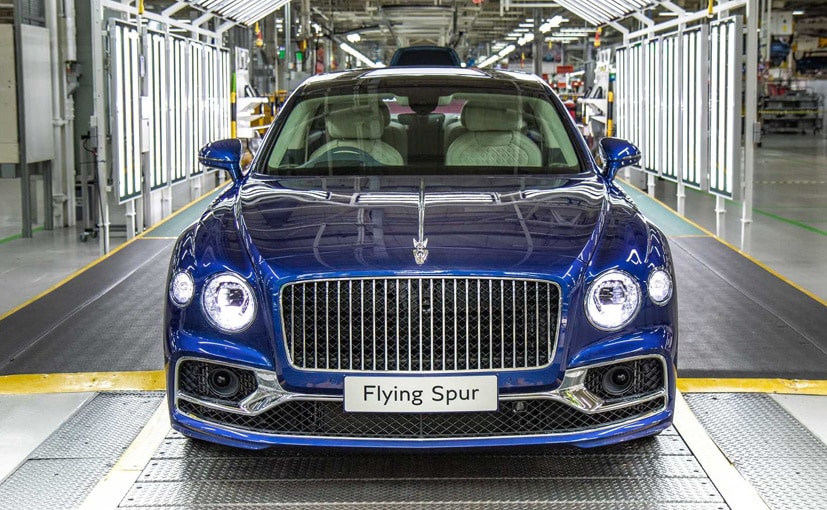 Bentley’s site in Crewe is due to reopen on May 11, seven weeks since it shut due to the coronavirus outbreak, making it one of the first automakers to resume production in Britain.

Bentley is implementing around 250 additional measures, including temperature checks and one-way systems

Bentley will make wearing face masks compulsory at its British car factory and has redesigned the site to introduce a two-metre distance between workers which will see output halved over the first couple of weeks of production, its boss told Reuters.

The Volkswagen-owned luxury brand’s site in Crewe is due to reopen on May 11, seven weeks since it shut due to the coronavirus outbreak, making it one of the first automakers to resume production in Britain.

The company is implementing around 250 additional measures, including temperature checks and one-way systems, alongside leaving a gap between each vehicle on the production line to maintain a safer distance, leading to an initial 50% cut in output.

“On the line, (there will be) massive change in the first few weeks,” Chief Executive Adrian Hallmark said.

“We think it will take us almost into summer to get back to anything like full production as long as everything stays stable until then.”

There will also be different entrances at the plant with no touch required on any barriers or devices and plastic separation screens in office areas at the site, which employs over 4,000 people.

Whether Britons should wear face coverings once lockdown measures are eased remains a thorny issue with Scotland recommending such a move in enclosed public places whilst the London government is still looking at evidence from advisers.

“We see it as good practice when we all get together in a close environment to give the confidence that … any problems will be caught by those masks,” said Hallmark.

The firm faces hundreds of millions of pounds of deferred or lost revenue from the plant closure and reduced output, he said, but has built up supplies of components using extra storage space designed for a hard Brexit, enabling a smoother return.

Demand in China, which accounted for nearly a fifth of sales in 2019, is also bouncing back.

“In the second week of April we took more orders than the month of January or February,” said Hallmark.

“The question is will that continue, will there be a second wave but more importantly, will the European and U.S. markets recover as fast as the China market has?”