General Motors, Ford Future Production Plan Reveal Companies To Focus on SUVs, Instead of EVs in the US 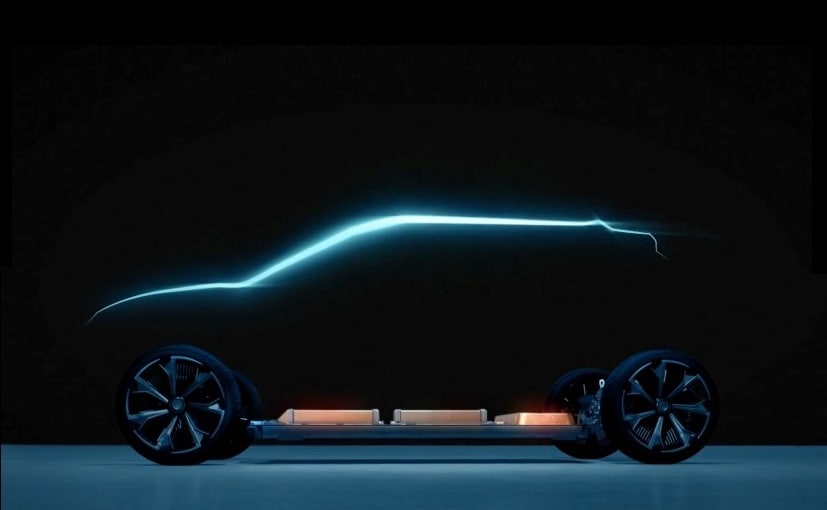 General Motors Co and Ford Motor Co have widely touted their commitment to emission-free electric cars, but their production plans show a growing reliance on ever-larger gas-powered vehicles. The two biggest U.S. automakers will make more than 5 million SUVs and pickup trucks in 2026, but only about 320,000 electric vehicles, according to detailed production plans for North America seen by Reuters. That will be about 5% of their combined vehicle production in North America, but less than Tesla Inc, the world leader in electric vehicles, produced last year. The plans show that Detroit’s Big Two are betting their short-term future on satisfying America’s demand for bigger, petroleum-fueled vehicles which they can sell at a higher profit margin than mostly smaller, expensive-to-develop electric vehicles.

Large SUVs consume about a quarter more energy than midsize cars, meaning the plans will most likely wipe out any gains in overall fuel efficiency or reduction in auto emissions that were targeted over the next six years, according to industry experts.

The recent collapse of oil prices – pointing toward cheap gas for the foreseeable future – and a dip in demand caused by the coronavirus may only serve to strengthen automakers’ commitment to the strategy. Detroit has tried to latch onto the consumer and investor excitement over electric vehicles made by Tesla, whose market value is double that of GM and Ford combined, even though its sales are much smaller.

GM executives have been repeating a “zero emissions” mantra since 2017, and the company’s website features a prominent commitment to its “all-electric future.” Ford’s Executive Chairman Bill Ford told the Detroit auto show two years ago: “We’re all in on this. We’re taking our mainstream vehicles, our most iconic vehicles, and we’re electrifying them.”

But it is hard to detect a major change of direction from the companies’ production plans. According to data from AutoForecast Solutions seen by Reuters, North American production of SUV models by GM and Ford will outpace production of traditional cars by more than eight to one in 2026, and 93% of those SUVs are expected to be gas-fueled. The data has not previously been reported.

AutoForecast’s data is based on planning information provided to suppliers by the automakers and is widely used across the industry. GM and Ford executives interviewed by Reuters did not dispute the accuracy of the data.

“GM and Ford understand that buyers want more SUVs and trucks, but they’re also trying to play to Wall Street, which thinks the future is all about electric vehicles,” said Sam Fiorani, vice president, global vehicle forecasting at AutoForecast. “The Detroit automakers would love to get a little of that Tesla magic and money.”

Internal production plans from other industry sources seen by Reuters support AutoForecast’s numbers, which show GM and Ford expect to produce about 320,000 pure electric vehicles – powered solely by a battery – in North America in 2026. That is nearly 10 times the 35,000 they have planned to build in 2020, but fewer than the 367,500 Tesla delivered last year.

Executives at GM and Ford told Reuters in interviews they are serious about launching more electric vehicles in the United States in the coming years, but they are concerned about getting too far ahead of mass-market demand.

“We’re trying to time this with the natural demand of consumers (so) we’re not forced to do artificial things and we don’t violate the laws of economics,” Hau Thai-Tang, Ford’s chief product development and purchasing officer, told Reuters.

GM Chief Executive Mary Barra said in early March the company planned to spend $20 billion to bring a million electric vehicles a year to market by the middle of the 2020s. A majority of those are expected to be built and sold in China, where a government mandate calls for increasing numbers of electric vehicles.

The long-term battle between electrons and petroleum to be the primary energy source for future transportation took an unexpected turn with a crash in oil this month that sent fuel-pump prices to 20-year lows, with no signs of rising, making the cost of running internal combustion vehicles even more attractive to buyers.

The spread of the coronavirus will put more financial pressure on automakers, according to analysts, limiting their capacity to develop and build money-losing vehicles. A global recession triggered by the epidemic “could add strain to balance sheets and ability to fund aggressive technology shifts,” said Morgan Stanley auto analyst Adam Jonas.

In such an environment, automakers are not looking to depart from their winning formula.

They make more profit on each luxury SUV – such as GM’s $80,000 Cadillac Escalade or Ford’s $76,000 Lincoln Navigator – than they do on a dozen compact cars, according to analysts.

Because of that, automakers are replacing compact sedans with small SUVs that share many of the car’s mechanical parts, but sell for more. Ford discontinued the Focus compact sedan in the United States, which gets 31 miles per gallon of gas. Ford customers who want a similar-sized vehicle now can buy a 26 miles-per-gallon Ford Escape compact SUV, whose starting price is $6,000 higher.

That may be good for automakers’ finances, but probably not for the environment.

SUVs and pickups burn more fuel and emit more carbon dioxide than comparable sedans, and those with larger “footprints,” – the area between the points where the wheels touch the ground – are subject to looser emissions standards.

Meanwhile, the administration of U.S. President Donald Trump is threatening to roll back tougher fuel economy and emissions standards proposed by his predecessor, Barack Obama, removing an incentive for automakers to make more fuel-efficient vehicles.

That all indicates that any overall reduction in greenhouse gas emissions enabled by new electric vehicles will be largely, or entirely, offset by the continued substitution of gasoline-fueled SUVs for cars, experts say.

The International Energy Agency (IEA) warned of this outcome in October, in a report that showed growing demand for SUVs across the world was the second-largest contributor to the increase in global carbon dioxide emissions from 2010 to 2018.

“If consumers’ appetite for SUVs continues to grow at a similar pace seen in the last decade, SUVs would add nearly 2 million barrels a day in global oil demand by 2040, offsetting the savings from nearly 150 million electric cars,” said the IEA report. The IEA declined to comment on this story.

The Obama White House predicted that doubling average car and truck fuel efficiency from 2011 to 2025 would cut greenhouse gas emissions by 6 billion tons. That does not look likely to happen.

Trump’s White House is planning to follow through on its plan to roll back the Obama rules by the end of March, administration officials have told Reuters. The Environmental Protection Agency, which regulates U.S. auto emissions, did not respond to a request for comment.