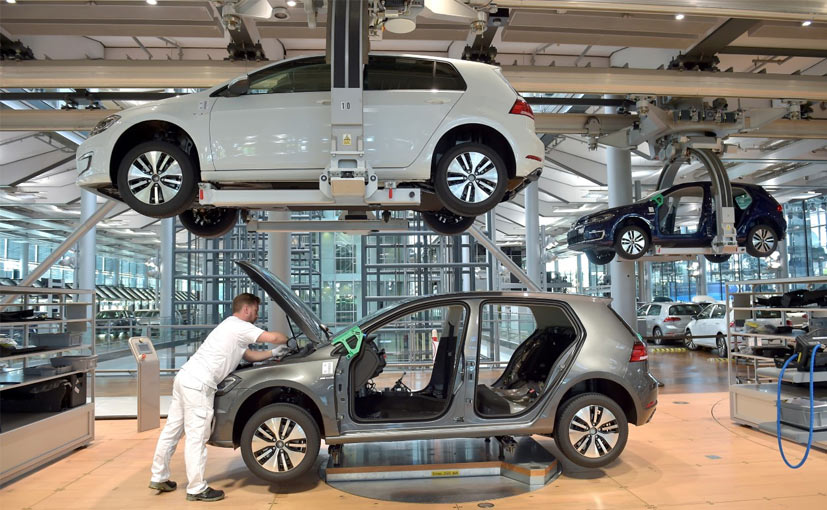 Companies in Germany have been closing facilities and switching workers to shorter hours under a government scheme aimed at avoiding mass layoffs.

German factory output shrank at the fastest rate on record in April and firms in the export-oriented sector cut jobs at the fastest pace in almost 11 years, a survey showed on Monday, as the new coronavirus crushed demand.

That sent IHS Markit’s Final Purchasing Managers’ Index (PMI) for manufacturing – which accounts for about a fifth of Europe’s largest economy – falling to 34.5, the lowest reading since March 2009, from 45.4 in March. The final figure was up from an initial flash reading of 34.4.

“Output nosedived as large numbers of manufacturers either temporarily closed factories or cut working hours amid a collapse in export demand across Europe and the United States, and mounting supply chain challenges,” said Phil Smith, principle economist at IHS Markit.

“Even as more manufacturers start to come back on stream, there are still some huge question marks, like what kind of demand conditions are they returning to, and for how long will supply chains be impacted,” he added.

Companies in Germany have been closing facilities and switching workers to shorter hours under a government scheme aimed at avoiding mass layoffs.

The survey showed that even this scheme, to which 750,000 had applied by April 13 and which had helped Germany weather the 2008 financial crisis, had failed to slow the pace of job cuts, the survey showed.

Smith said German manufacturers expect disruption to supply and demand to continue long into this year at least, dimming the chance of a speedy recovery.

“Given such a challenging outlook, job cuts have continued to gather pace despite the widespread uptake of the short-time working scheme, thus raising the chances of a more protracted recovery,” he said.