Global Automakers Speak Out Against Racism And Injustice

German car makers Porsche and Mercedes-Benz have come out to show solidarity in support of creating an equal society.

Mclaren released its logo with a black background to show its support against racism.

The unfortunate demise of George Floyd in USA has triggered a wave of protests all over the country and as well as beyond its shares. Many individuals and companies across the world are speaking out against any kind of racism asking for an equal world in every sense. Adding to that list are some of the global automakers who have called out racism.Though, most are still silent on the issue. The ones who have come out and made a statement are German automobile companies Porsche and Mercedes-Benz.

Also Read: Lewis Hamilton Leads The Charge In F1 To Speak About The Death Of George Floyd 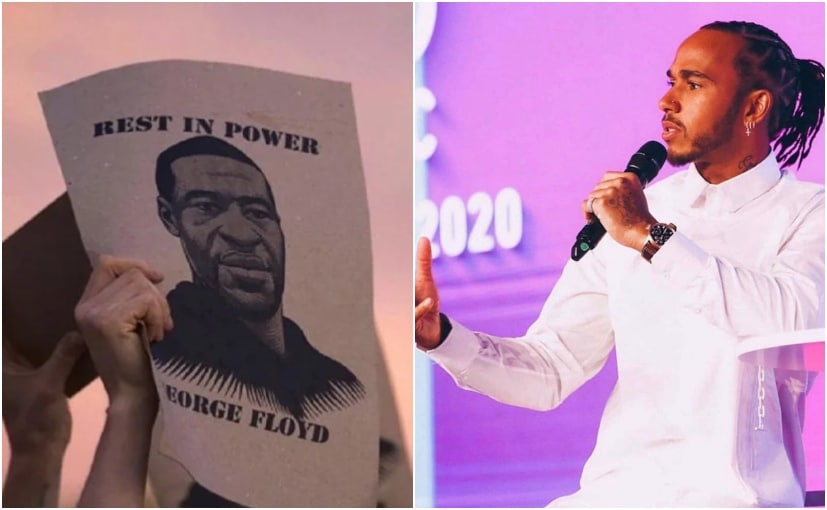 The Formula 1 finally made a statement after racecar driver Lewis Hamilton said the community has been largely silent.

In a statement release on Twitter, sports car manufacturer Porsche said, “We choose the path of empathy and resolve. We stand in solidarity with the peaceful protesters. There is no place in our society for racism or injustice. We thrive as one community”

We choose the path of empathy and resolve. We stand in solidarity with the peaceful protesters. pic.twitter.com/Ws1RXOPCVd


Luxury car giant Mercedes-Benz also made a strong statement by posting a black image on social media with the hashtag #BlackOutTuesday.


The Formula 1 also finally spoken out after multiple time world champion Lewis Hamilton said that the community had been largely silent about the death of George Floyd in a case of racial profiling. A tweet said,” We stand with all those fighting against racism in any form. We stand with you, and all people in the fight against racism. It is an evil that no sport or society is truly immune from. And it is only together we can oppose it and eradicate it. Together we are stronger.”

We stand with all those fighting against racism in any form pic.twitter.com/hAfVG5ci1J


Hamilton’s former racing team McLaren also posted an image of their logo with a completely black background to show its support to the cause.