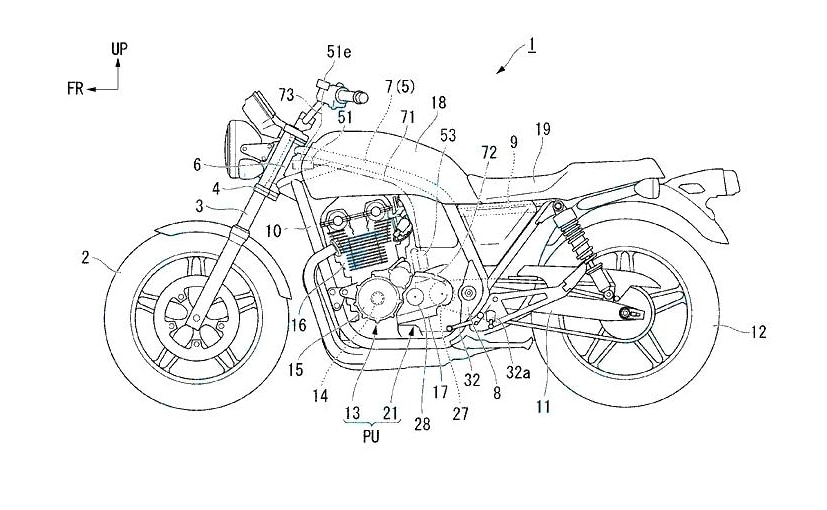 The semi-automatic gearbox will still employ a conventional foot-operated gearshift lever, but will not need a clutch lever.

The new semi-automatic transmission will not need a clutch lever, but will retain the gear lever

Latest patent images reveal a semi-automatic gearbox that Honda may be developing, for future motorcycles. The new system, will be unlike the fully automatic dual clutch transmission (DCT) seen on the Honda Africa Twin, and will have some inherent advantages, and Honda seems to be keen on developing the new semi-automatic system. One Honda semi-auto system was offered in the 1970s in the form of the Hondamatic gearbox, but the technology of the new system is different, and its main advantages over the DCT – weight advantage and simplicity in construction! 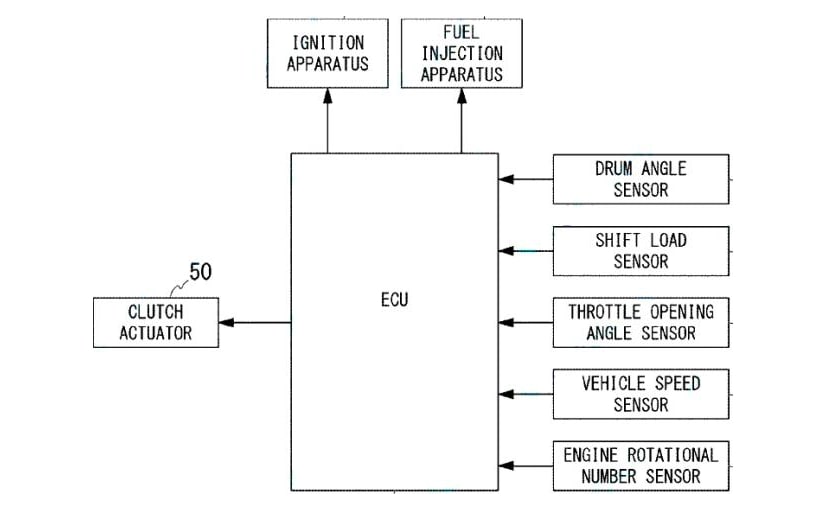 The new semi-automatic transmission eliminates the use of a clutch lever, but is mechanically far simpler, lighter and also more affordable than the DCT design. The DCT is a comprehensive dual-clutch set-up, and the old Hondamatic design used a torque converter coupled with a two-speed gearbox. The new semi-automatic system however uses a six-speed transmission, paired with a up/down quickshifter and a computer-controlled system which engages and disengages the clutch when coming to a halt. There’s still a gear shifter, with a traditional foot-operated lever, but eliminates the use of the clutch lever on the handlebar.

The patent however doesn’t confirm how the system works, or how it knows when to engage or disengage the clutch. We assume since it’s connected to the ECU, the clutch will work from a pre-set rpm range. The new system will offer a more conventional gear shifting experience, without the clutch lever, and should offer a convenient riding experience in stop-go conditions and crawling speeds in traffic. The patent images show a Honda CB1100 as the base for the system, but we won’t be surprised if this system will be more generic in nature, and may be offered over a wider range of models once it’s ready to be rolled out in production form. Either way, Honda looks set to introduce yet another technological marvel making the ride experience that much convenient in today’s age.