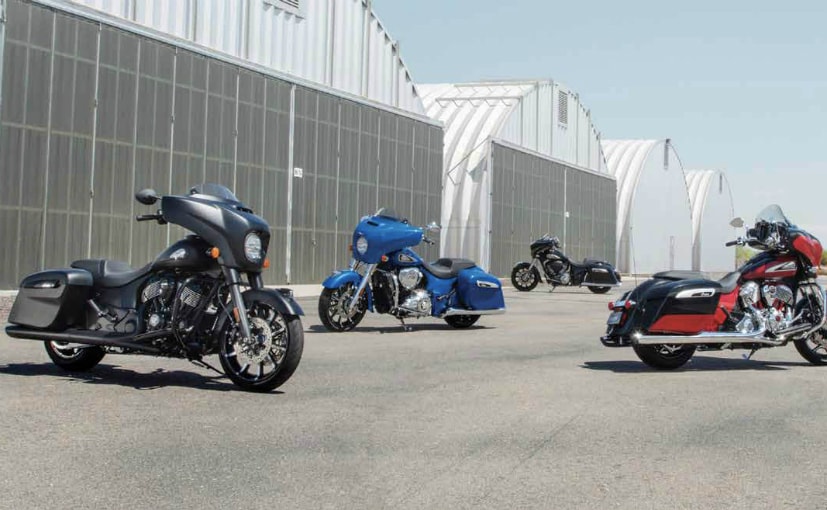 The patent doesn’t reveal the design of the bikes, but the two new names for the models will be Indian Guardian and Indian Pursuit.

Indian Motorcycle has filed trademark applications for two potential new models from the American cruiser motorcycle manufacturer. The names, Indian Guardian and Indian Pursuit, have been filed with both the US Patent and Trademark Office (USPTO) and the Australian Intellectual Property Office. The two trademarks have been registered for use on “motorcycles and structural parts therefor”, so there are no details available on the applications what the names will be used for, or if two new models with the trademarked names will be introduced.

Most reports speculate that the new trademarks will almost certainly be motorcycle names, but could be used for use by the police. The Indian Pursuit certainly has a law enforcement ring to it, and even the Indian Guardian has a similar vibe. However, it’s unusual for manufacturers to pick a new name just for law enforcement use. Typically, motorcycles used by law enforcement agencies are modified versions of commercial models, and their names are retained, with a ‘P’ or ‘Police’ prefix or suffix added to the names. For instance, Harley-Davidson’s law enforcement line-up consists of the Police Road King, Police Electra Glide and Police Iron 883. Honda however, offers the ST1300P for use by the police.

Indian Motorcycle’s sister motorcycle brand Victory, however has a history of introducing unique names for police models in the Enforcer (based on the Kingpin) and Commander (based on the Cross Country). However, that does not confirm or rule out if the new trademarks will be police or law enforcement models, or extend Indian Motorcycle’s existing commercial product line-up. Indian Motorcycle’s current line-up is still limited in representation within two model families – the FTR and the new Power Plus engine which powers the Challenger. And going by past trademarks, like the Renegade and Raven which were also trademarked, but have yet to see the light of day, we can only speculate for now, what the new trademarked names could mean.