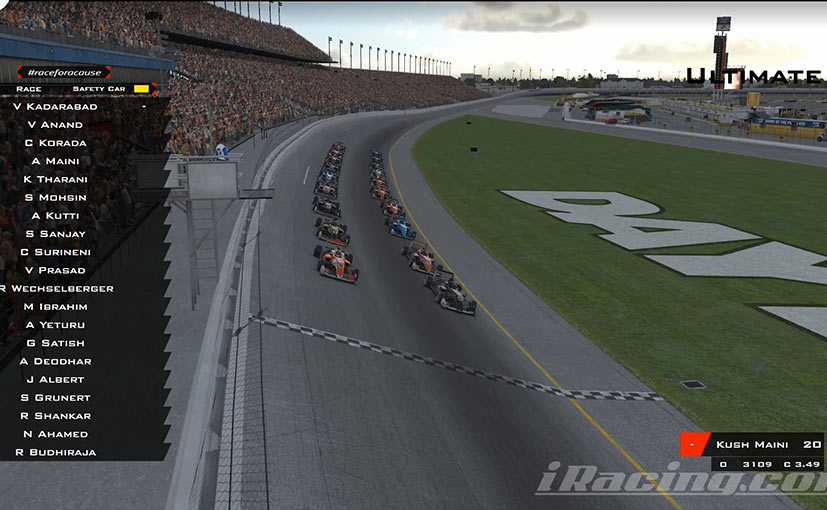 A brainchild of Aditya Patel and Armaan Ebrahim, also behind the X1 Racing League, Ultimate E saw Indian racers join the cause to raise charity for healthcare workers by competing in virtual races.

It may not be the best of times globally, but that hasn’t dropped the spirits for many who are on the frontline fighting this global pandemic. In a bid to raise charity towards our healthcare workers, the X1 Racing League kick-started the Ultimate E racing programme that takes the action from an actual track to the virtual world. The Indian eSports outfit saw several Indian racers and celebrities including Narain Karthikeyan, Arjun and Kush Maini, Regina Cassandra, L Balaji, M Ashwin, Abhijeet Ghatak and Naman Mathur, come together for a good cause. The proceeds of the wins have gone to Seeds, a charity that provides healthcare workers in the frontline during the pandemic. 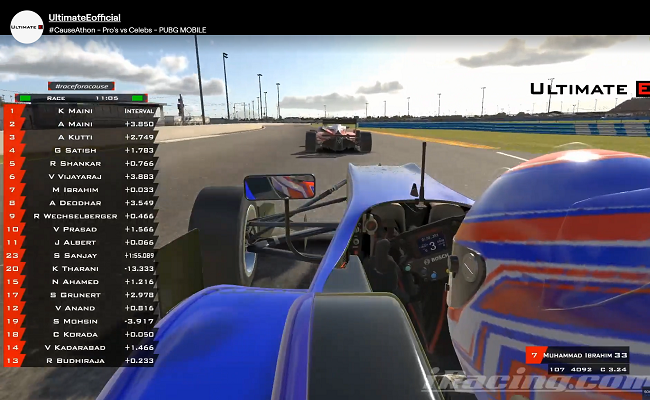 Drivers from Germany, South Africa & the UK also participated in the Ultimate All Stars Racing series

Ultimate E isn’t just about racing but the racers competed in a number of tournaments online including PuBG, Indian Super Gran Turismo Series and Ultimate E All Stars. The first event saw a celebrity PuBG tournament in association with Immortals India with PubG players like Abhijeet Ghatak and Naman Mathur.

The Indian Super Gran Turismo Series saw the top gamers and Sim Racers from across the country compete head-to-head against each other in a mix of real life and fantasy circuits. There were four competitive races in the series and saw Chennai’s Ravikiran Vissa win three out of four races. Finishing on the podium were Aditya Raghav and Aditya Bakshi. 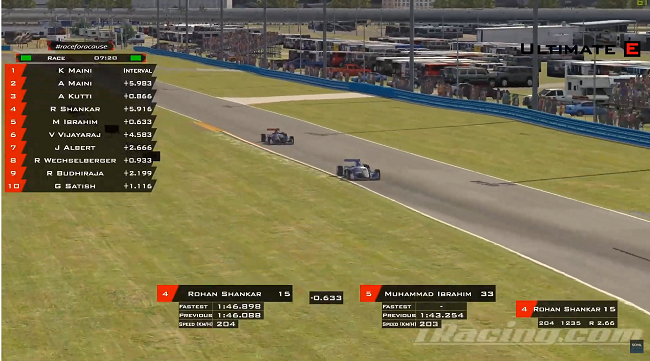 The final event was the Ultimate All Stars #Raceforacause and saw the likes of Narain Karthikeyan, the Maini brothers, Karthik Tharani, Advait Deodhar, Amith Kutti, Muhammed Ibrahim, Sai Sanjay and Chetan Korada from the Indian motorsports arena. The 26 car field with the top names also had drivers from South Africa, Germany and the UK. Muhammed Ibrahim dominated the first two races of the series, and went on to win the championship, even as Kush Maini fought his way to win the the third and fourth races but couldn’t do enough to dethrone Ibrahim’s dominance.

Ultimate E plans to return next weekend with more such tournaments to keep the participants and the viewers engaged.