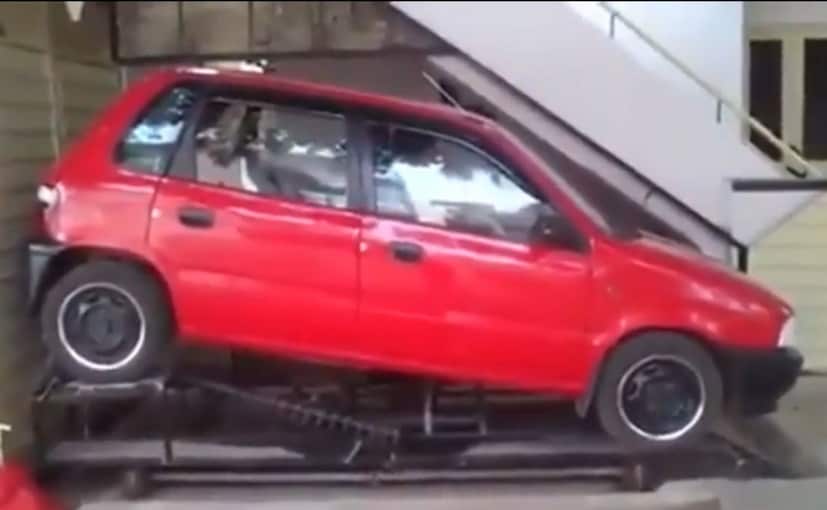 Mahindra Group Chairman, Anand Mahindra, has taken to social media many times to share anything innovative that catches his eye. One such innovative idea is of a space-saving car parking alternative, wherein the person has employed a way to park his car while making sure it does not take up much of the space in front of his home. Impressed by the idea, Anand Mahindra went ahead to share the video on his official Twitter handle as car parking is certainly one of the main issues that we do face in our day-to-day life.

Sharing the video on Twitter, Anand Mahindra wrote, “Saw a video of a similar device in Punjab some time ago. But this is one step ahead. I love the ‘geometrical’ elegance of the solution! I bet the person who designed this would be able to give us some real out-of-the-box ideas for making our factory layouts more efficient!”

Saw a video of a similar device in Punjab some time ago. But this is one step ahead. I love the ‘geometrical’ elegance of the solution! I bet the person who designed this would be able to give us some real out-of-the-box ideas for making our factory layouts more efficient! https://t.co/5B76wTMz6q

The one-minute video, originally shared by CCTV IDIOTS, shows a man parking his Maruti Zen outside his home on a metal ramp that has been specially created for parking the car. The ramp is similar to the one found in many a workshops. The video shows the man parking this car on the ramp, getting out and then pushing the entire panel under the stairway saving him ample space. The video with such an innovative idea has gone viral and the person has been praised for his approach and design.

Now that IS pretty clever. What to do when you have less room for manoeuvre… Finding clever ways to deal with constraints is an Indian talent! https://t.co/oUI6szXFyK

Anand Mahindra had previously shared a similar video related to an innovative method of car parking and space-saving solution. Like the previous video, this footage also features a man driving his car onto metal bars for creating a space-saving parking solution.