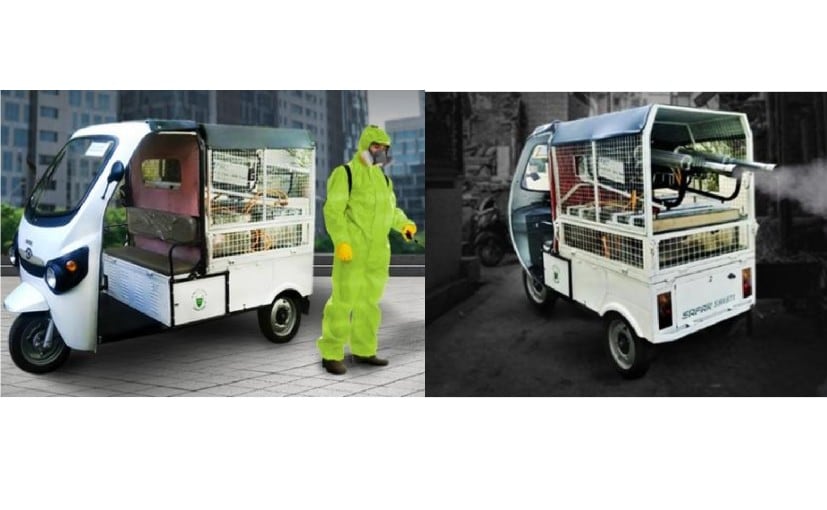 The Kinetic e-Fogger and e-Sprayer use the Safar EV as the base vehicle and are equipped with water-based fogger and sprayer solutions to disinfect localities likes slums, residential areas, schools and so on.

Pune’s Kinetic Green Energy and Power Solutions Limited, has introduced a range a new electric vehicles to help disinfect indoor and outdoor areas for a germ-free environment. The company has introduced three electric vehicles including the Kinetic e-Fogger and e-Sprayer range that can disinfect outdoor areas like slums, industrial campuses, hospitals, factories and residential townships. It can also carry a portable UV sanitiser that is suitable for disinfecting indoor areas ar hospitals and offices, and is a proprietary technology by Kinetic.

Commenting on the new product range,  Sulajja Firodia, Founder and CEO, Kinetic Green Energy and Power Solutions said, “Kinetic Green is extremely happy to introduce these  revolutionary products which will help to create a germ-free environment and contribute to arresting the spread the Corona virus. We would like to immediately offer this solution to the Government and Municipal Corporations, especially to disinfect congested areas like the slums where the disease is spreading rapidly.” 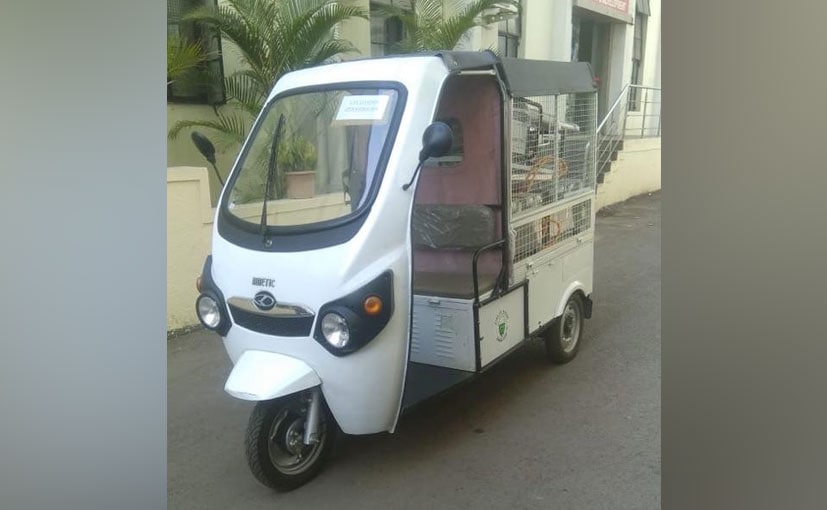 The Kinetic e-Fogger and e-Sprayer can reach within narrow lanes, slum areas and old city areas

With the Kinetic e-Fogger, the company has developed a water-basrd fogging solution that uses cold fogging instead of thermal fogging. The manufacturer says that cold fogging uses water as a carrier instead of diesel used in thermal fogging, while being as effective. The e-Fogger uses the Kineti Safar electric three-wheeler as the base vehicle, on which the spraying and fogging devices are mounted. These vehicles offer better access to narrower lanes in slum areas and old city streets, which would otherwise be difficult to connect in a larger vehicle.

Kinetic says the e-Fogger and the e-Sprayer are economical to run and have an operating cost of only 50 paise per km. The e-Fogger can be had in both water-based as well as diesel-based fogging option.

There’s also the UV sanitiser developed by Kinetic for indoor areas that uses Ultraviolet germicidal irradiation (UVGI) disinfection method where short-wavelength ultraviolet (ultraviolet C or UVC) light is activated to kill or inactivate micro-organisms. The sanitisation solution has so far been used in medical and sterile work environments, and includes two portable models that cover 100 sq.ft. and 500 sq.ft. respectively.

Kinetic says that its e-Fogger electric vehicles are already operational the in Panvel, Maharashtra and Faizabad in Uttar Pradesh. The company is also discussing with local urban bodies to increase the utility of these vehicles.