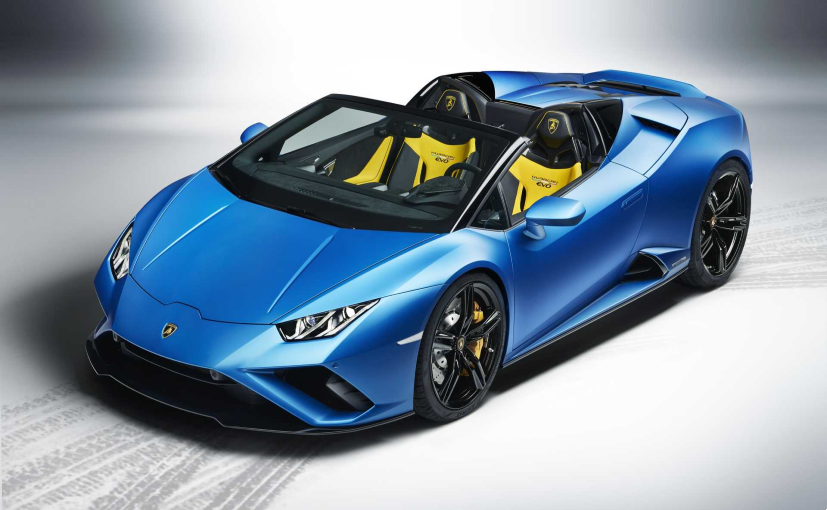 The Lamborghini Huracan EVO RWD Spyder has been unveiled at company’s official website.

Lamborghini has been quite innovative in unveiling the new Huracan EVO RWD Spyder. It’s the first carmaker in the world to use Augmented Reality to showcase its latest model and this makes even more sense in critical times like these when maintaining social distancing is the need of the hour. The Lamborghini Huracan EVO RWD Spyder has been unveiled online at the company’s official website where smartphone users can simply scan the available QR code and check out the car in detail virtually. You can also zoom in and out to see the details of it. 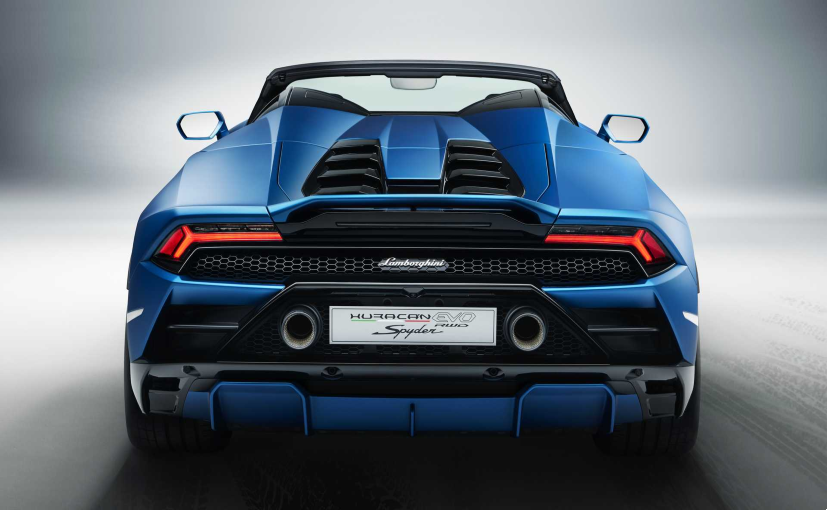 The Lamborghini Huracan EVO RWD Spyder shares its specifications and power figures with the Huracan EVO RWD coupe. But its design and styling is almost identical to the Huracan EVO Spyder. It gets an all-new front splitter and fins in the front intakes which is different from those seen in the all-wheel drive (AWD) and the diffuser at the rear is new as well. As for the convertible roof, it is likely to be the same unit which is there in the Huracan EVO Spyder. It’s an electro-hydraulic roof-folding mechanism that can lower the soft-top in 17 seconds at speeds of up to 50 kmph. The cabin is identical to the AWD version having similar layout and draped in Alcantara leather. It also gets a 8.4-inch vertically stacked touchscreen infotainment system which supports smartphone connectivity via Apple CarPlay and Android Auto. 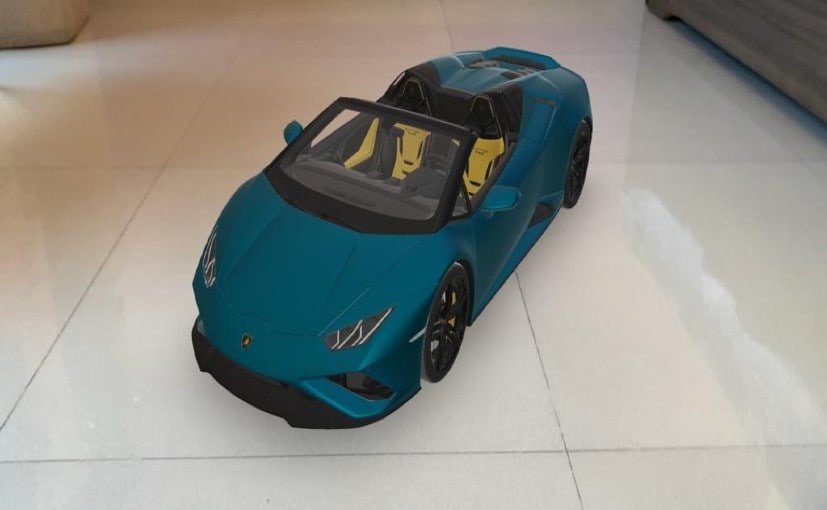 (The Huracan Evo RWD Spyder had a augmented reality (AR) unveil. You could literally see the sportscar in your room)

Powering this Lambo is a 5.2-litre naturally aspirated V10 engine that is tuned to churn out 602 bhp, which is about 29 horses less than the standard Huracan EVO. The sportscar belts out a peak torque of 560 Nm, which is 40 Nm less than what the AWD model churns out. The engine is paired to a 7-speed Lamborghini Doppia Frizione (LDF) dual-clutch transmission which helps it clocking triple digit speeds in 3.5 seconds, and it can further reach a maximum speed of 324 kmph.