Manali-Leh Highway Open For Traffic Ahead Of Schedule 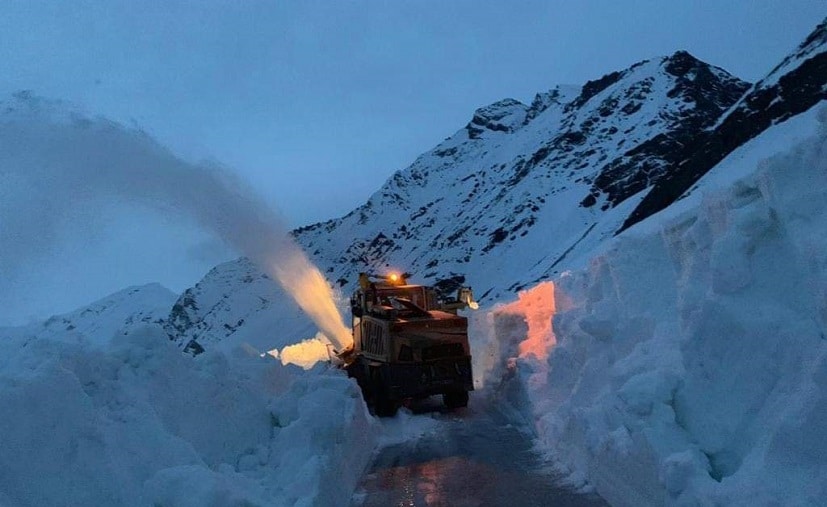 The Border Roads Organisation has succeeded in opening the strategic Manali-Leh highway a few days ahead of planned schedule. This despite the challenges posed by the nationwide lockdown owing to the Coronavirus pandemic. The first batch of vehicles was flagged off in Sarchu located on the Himachal Pradesh-Ladakh border by Jamyang Tsering, MP from Ladakh. The 475 km long highway is snowed in for more than 6 months every year and once the summers arrive Border Roads swings into action to clear the thick snow. 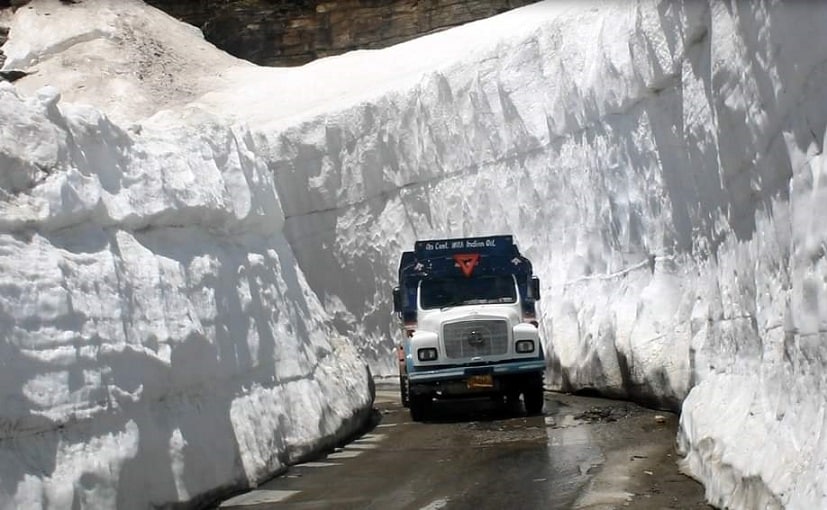 The re-opening of highway will ease the process of moving essential supplies as well as personnel to Leh. After induction of special troops for snow clearance, work had begun in the month of February and one by one snow was cleared out of the 5 high altitude passes that fall on this route. The Tanglang La which at 17,582 feet is the highest point on this route was the first to get cleared in the first week of March. The Baralach La located at 16,000 feet above sea level and considered to be a risky pass to cross was the last one to be cleared of snow earlier this month.

Three other high altitude mountain passes that fall on the Manali-Leh highway include Lachlunhg La at 16,600 feet, Nakeela at 15,647 feet and Rohtang at 13,050 feet above sea level. Deepak and Himank projects of Border Roads Organisation used some high-tech machinery to clear the entire route of any obstacles. A tunnel that will bypass Rohtang is also nearing completion and will be ready for use in the near future.