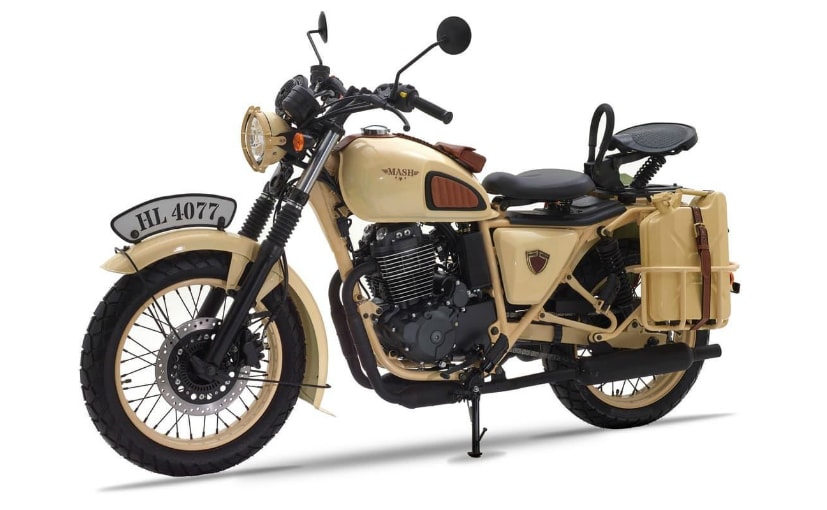 The Mash Desert Force 400 is powered by a 397 cc, single-cylinder, air-cooled engine, and will be a limited edition model.

The Desert Force 400 is manufactured by French brand Mash Motors 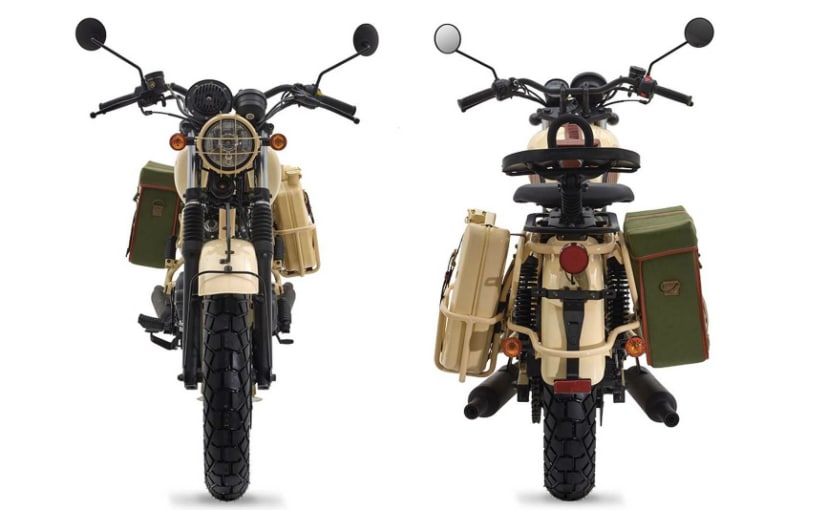 The Mash Desert Force 400 looks period correct with its vintage design, down to the jerry can and canvas saddlebag

The Desert Force’s design is apparently inspired by American military motorcycles from the 1950s and 1960s. But make no mistake; the Desert Force 400 is a modern bike, and like the Royal Enfield and the Jawa, only look like it’s from the ’60s. And the styling is spot-on retro, from the wire spoke wheels, front fender mounted number plate, spring-mounted saddles and twin pea shooter exhausts, as well as the side-mounted jerry can. The design is almost period correct, apart from the modern giveaways in the front disc brake and the new engine. 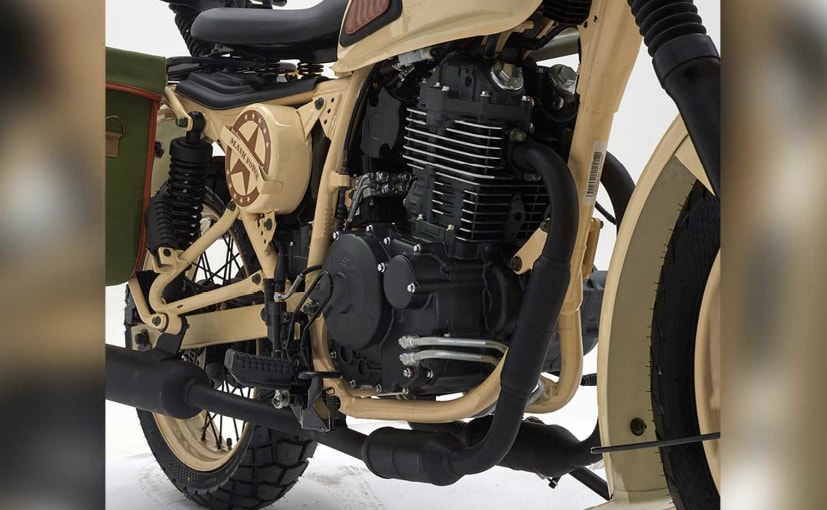 The Mash Desert Force 400 is powered by a 397 cc, single-cylinder, air-cooled engine

The Mash Desert Force 400 is powered by a 397 cc, single-cylinder, air-cooled engine, but Mash hasn’t revealed much in terms of other specifications. There’s ABS which is switchable, and the engine is expected to put out similar power figures as the Jawa; so something around 27 bhp power can be expected. Suspension is handled by telescopic front forks and dual shocks at the rear. 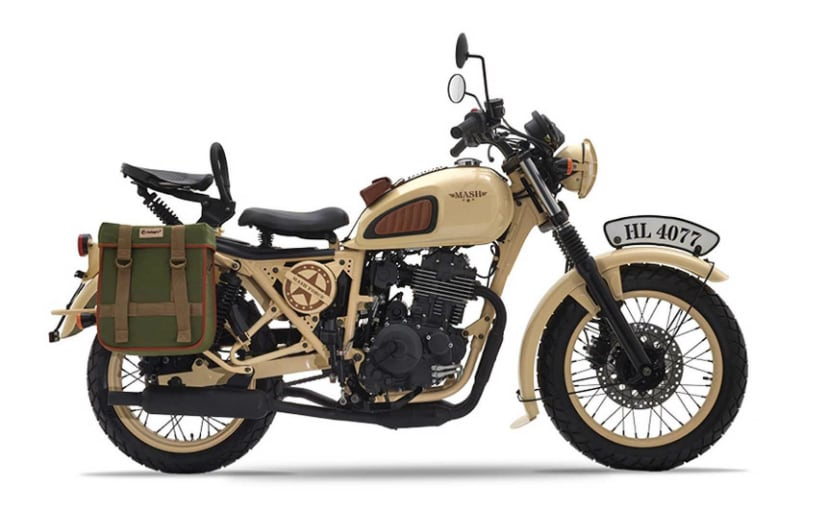