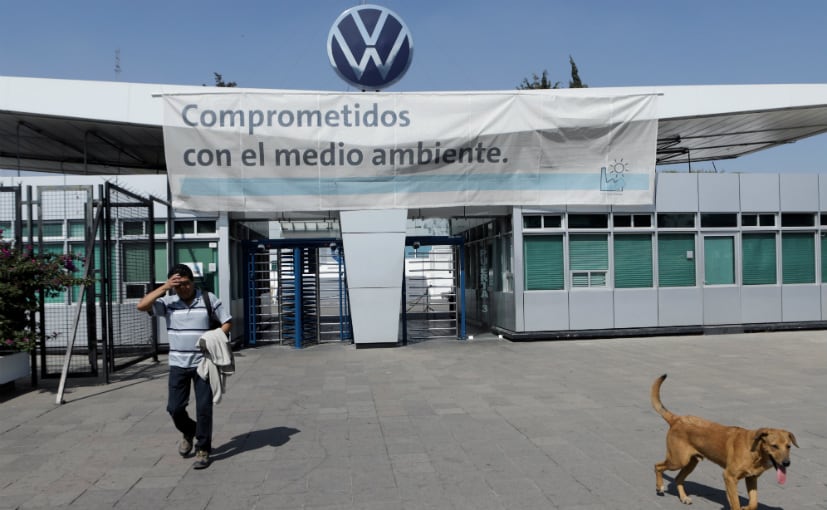 The United States and auto companies have pressed Mexico to reopen factories serving the U.S. market, despite the intensifying challenge posed by the pandemic.

Mexican auto output all but evaporated in April, plunging by 99 per cent

Mexico will begin opening some automotive factories from May 18 under a plan unveiled on Wednesday that loosens coronavirus restrictions and paves the way for U.S. car giants to ramp up output dependent on parts made south of the border.

In a presentation, the government said as of Monday, mining, construction and manufacturing of transport equipment will be considered essential activities and that companies must implement strict protocols to protect their workers.

“We now have the light which tells us we’re going to get out of the tunnel,” President Andres Manuel Lopez Obrador said alongside top officials at a news conference in which the government set out its plans.

Lopez Obrador stressed that adoption of the measures would be voluntary. Some states may move faster than others during the reboot of the auto sector, though industry leaders are eager for supply chains to reconnect as seamlessly as possible.

A government memo dated Wednesday, based on media reports, showed that state governments diverged considerably in their guidance on how quickly they would restart activities.

The United States and auto companies have pressed Mexico to reopen factories serving the U.S. market, despite the intensifying challenge posed by the pandemic. Mexico on Tuesday registered 353 coronavirus deaths, its most lethal day yet.

Mexico sends 80% of its exports to the United States and became its biggest trade partner last year, with bilateral commerce worth over $600 billion. Mexican auto output all but evaporated in April, plunging by 99%.

From Monday, Mexico will also allow municipalities without reported coronavirus cases which lie adjacent to others with no infections to begin lifting coronavirus curbs.

The government said some 269 municipalities, or more than 10% of the national total, currently fall into that category.

Other more general economic and social activities will restart step by step under a “traffic light” system to determine which areas of the country are at lower risk of outbreaks of infection, Economy Minister Graciela Marquez said.

The reopening of North America’s automotive industry is likely to be gradual, said Phil Annese, a senior director at Pilot Freight Services, which moves car parts for Ford

The assembly plants “are going to start out at a 25% to 40% production rate, they’re going to go as slow as they can to not create snags in the supply chain,” Annese said.

“If they get that supply chain stuck, that’s more trouble than anything they can have. Starting and stopping lines, that’s where the cost comes in,” he added.

Mexico has been studying other countries emerging from lockdowns and believes highly mechanized factories offer better conditions to control the risk of contagion, officials say.

Lopez Obrador is trying to strike a balance between limiting economic damage and saving lives, but some lawmakers worry Mexico may be moving too fast.

They include Benjamin Carrera, a state-level lawmaker from Lopez Obrador’s ruling MORENA party in Chihuahua, home to the northern industrial hub of Ciudad Juarez.

He has urged authorities not to allow manufacturers to open before June 1 in Ciudad Juarez, a border city where many maquiladoras, including auto parts makers, are located and 146 people have died of the coronavirus, including factory workers.

“Juarez couldn’t survive without the factories. But right now, the life of a worker is much more important than a job,” he said. “A job can be recovered. People’s lives can no longer be.”