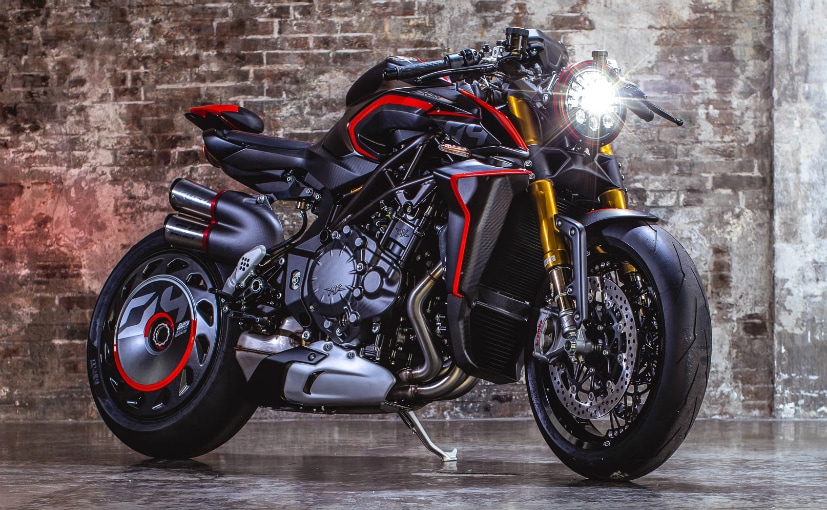 The limited edition hyper-naked MV Agusta Rush 1000 with a top speed of over 300 kmph will be built from June 2020.

Italian motorcycle brand MV Agusta has announced that its limited edition hyper-naked bike, the MV Agusta Rush 1000, will go into production from June 2020. The Rush 1000 is based on the MV Agusta Brutale 1000, but will have a long list of carbon fibre components, and will compete directly with the Ducati Streetfighter V4 and the Kawasaki Z H2. Only 300 of the MV Agusta Rush 1000 bikes will be built, and each will cost 34,000 Euros, that is, around ₹ 28 lakh under current exchange rates! 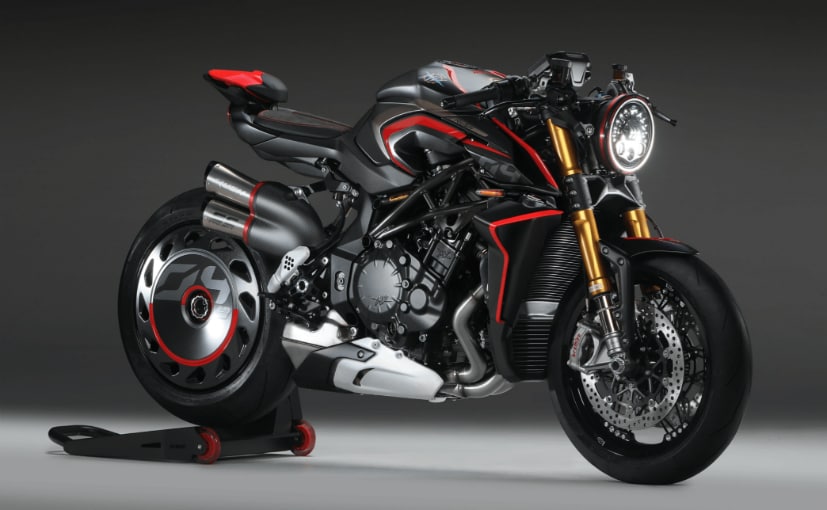 The Rush 1000 is a drag-race inspired version of the MV Agusta Brutale 1000, and it has several different styling details, including a wire-spoke design on the front wheel, with lots of titanium fasteners, a new five-inch, full-colour TFT display, and an exclusive paint scheme. The 998 cc, inline four engine puts out maximum power of 208 bhp at 13,000 rpm, and peak torque of 116 Nm at 11,000 rpm. Maximum speed is rated at over 300 kmph, and the bike has a dry weight of 185 kg. A Rush Racing Kit, which offers a lightweight titanium exhaust with carbon fibre cover, a passenger seat cover, also in carbon, and an ECU remap hikes the power to 212 bhp. 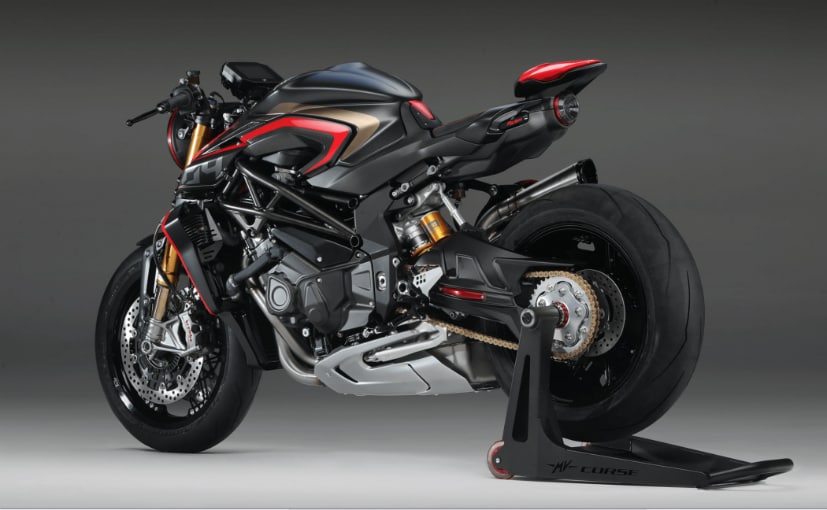 There are all sorts of electronics available, including eight levels of traction control, Bosch 9 Plus Race ABS, up/down quickshifter, wheelie control, launch control, and electronically active Ohlins EC suspension. Four rider modes are available, Sport, Rain, Race and Custom. The Rush 1000 is described as a statement model for MV Agusta, and in the words of CEO Timur Sardarov, the MV Agusta Rush 1000 is right on track to establish and cement MV Agusta’s position as a manufacturer of exclusive performance-oriented motorcycles, as the brand enters a new global expansion plan, with new segments and new markets in its sights.