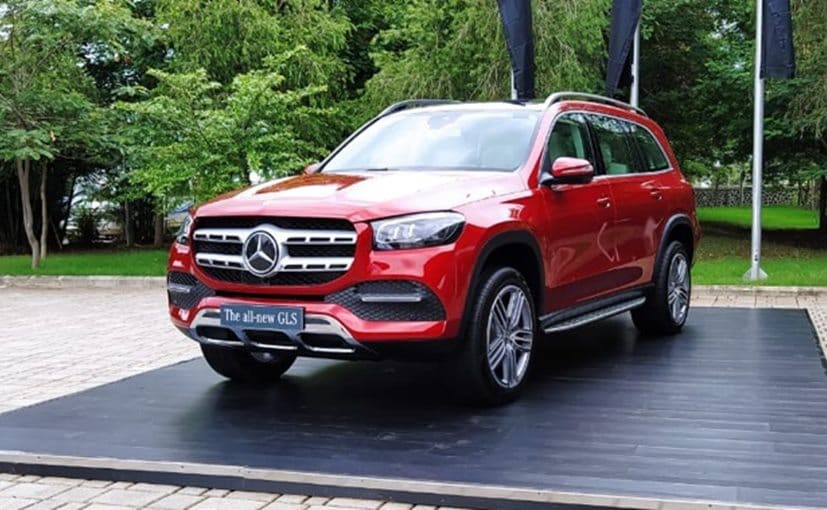 Since its launch in 2010, Mercedes-Benz India has sold over 6,700 units of the GLS SUV in India

The third-generation Mercedes-Benz GLS today officially went on sale in India, priced at ₹ 99.90 lakh (ex-showroom, India) for both the petrol and diesel options. While the company’s initial plan was to launch the new-gen model by April, the coronavirus pandemic and the resultant lockdown forced it to defer the launch by a few months. However, Mercedes-Benz said that it sold out the second-generation GLS by December 2019, and the fact that for the past six months, the SUV was not on sale in India meant there was a lot of pent-up demand for the GLS. In fact, Mercedes-Benz India has already exhausted the orders for the month of June. 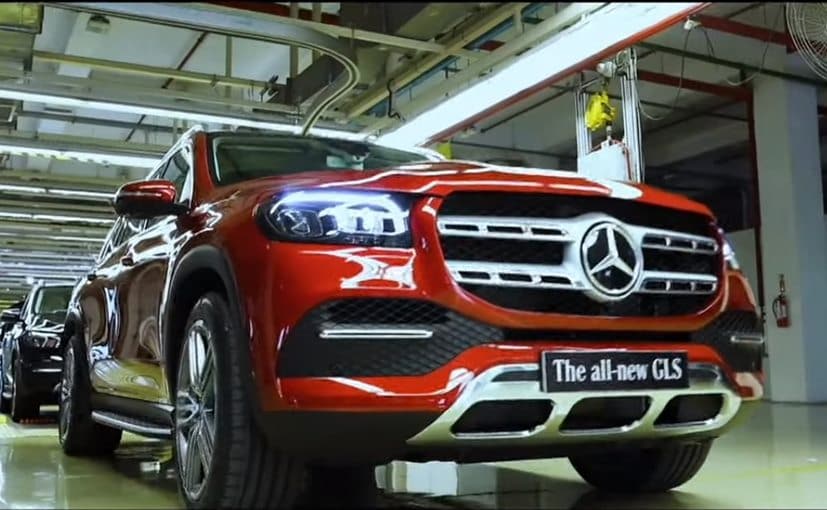 Speaking to carandbike during an online interaction, Santosh Iyer, VP Sales and Marketing, Mercedes-Benz India said, “We started dispatching (the GLS) three days back, so a couple of showrooms closer to Pune, in the West, should have received it, in the balance locations, it’s a matter of next 2-3 days.” While he did not give us the booking figures for the GLS, talking about the demand, Iyer said, “This month’s sales are sold out, so if somebody enquires now, they would be getting mostly deliveries for the next subsequent months.” He also added that the Southern part of India is the biggest market for the GLS, with 37 per cent of the total sales coming in from Bangalore, and Hyderabad. 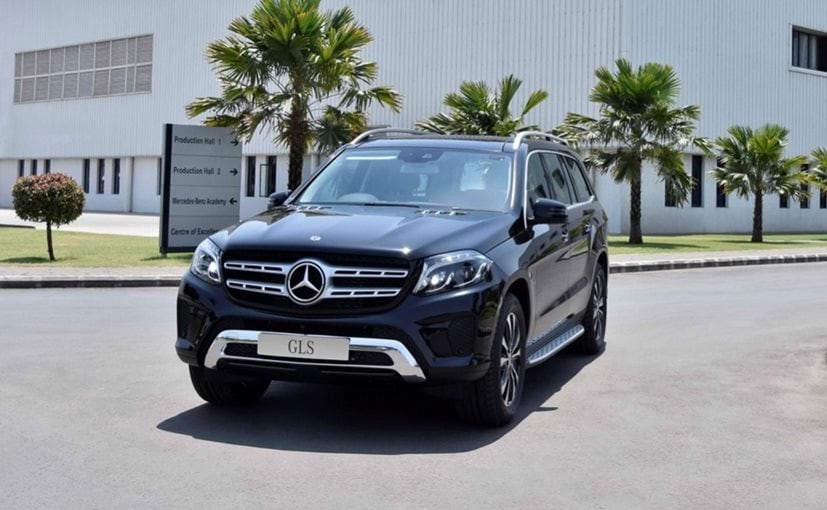 The Mercedes-Benz GLS has been present in the Indian market for about 10 years now, and the carmaker has announced that it has sold over 6,700 units of the SUV in the country since 2010. Speaking about the SUV’s importance to the brand in India, Martin Schwenk, MD and CEO, Mercedes-Benz India said, “We have had 10 years of very good sales in India with the GLS. Initially, it was imported from 2010, but then from 2013, we started local production, here, in Chakan, in Pune, then eventually. I can just say that it is the segment leader as it stands, and we have sold more than 6,700 GLS that will tell you, at the same time, that it is very well accepted with the customers and it has definitely a very strong importance for Mercedes-Benz in India.” 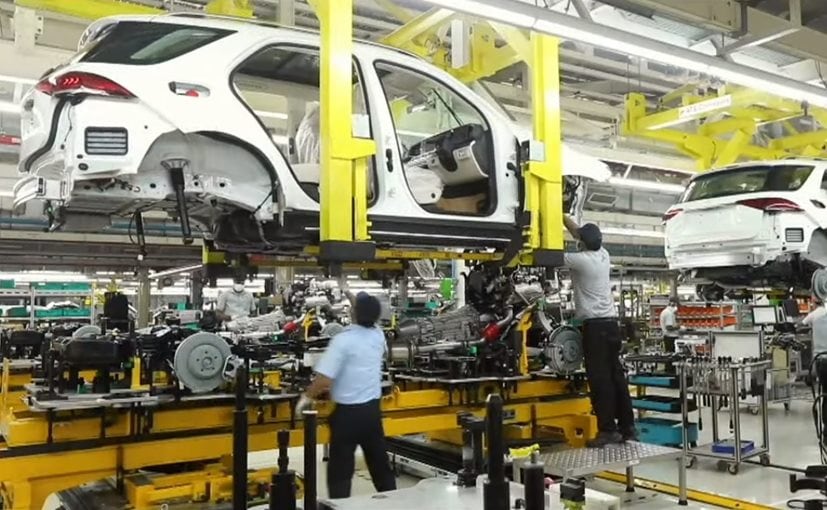 Mercedes-Benz started local production of the GL-Class in 2013 with the second-generation model, at its Chakan plant

The Mercedes-Benz GLS, which was initially called the GL-Class, came to India back in 2010. The first-generation Mercedes-Benz GL-Class was launched as a Completely Built Unit (CBU) model, and it was powered by a 3.0-litre V6 diesel engine tuned to make 258 bhp and 620 Nm of peak torque. It was mated to a 7G-TRONIC Plus Automatic Transmission. However, in 2013, when the second-generation model arrived in India, the carmaker decided to begin local production of the SUV, and Completely Knocked Down (CKD) kits were imported and assembled at the Mercedes’ Chakan plant, in Pune. This one too was powered by the same V6 oil burner. 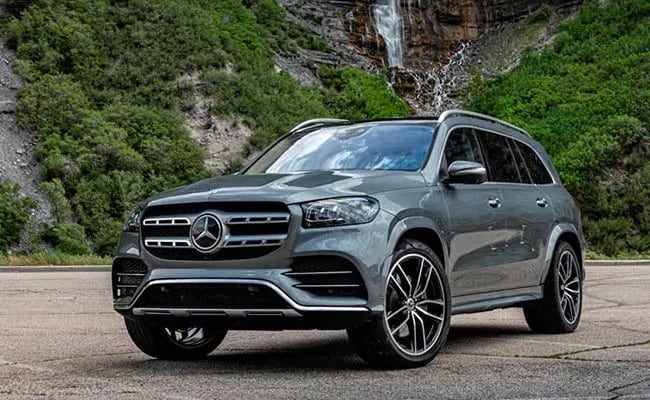 The third-gen Mercedes-Benz GLS has been launched in India in both petrol and diesel options, both priced at ₹ 99.90 lakh

Three years later in 2016, Mercedes-Benz India finally launched a mid-life facelift for the GL-Class, and along with cosmetic updates and new features, the SUV also got a new name – Mercedes-Benz GLS. The new nomenclature was more in line with its brand identity of being the S-Class of SUVs. While it continued to come with the 258 bhp V6 diesel engine, the facelifted GLS did get the new, more efficient 9G Tronic automatic transmission. Later, the same year, the petrol version, GLS 400 was launched in India, powered by a 3.0-litre V6 petrol engine making 329 bhp and 480 Nm of peak torque.

Now, the company has introduced the new, third-generation Mercedes-Benz GLS in India, and this time around the SUV comes in both petrol and diesel versions. The former, GLS 450 4MATIC, comes with a 3.0-litre in-line 6-cylinder engine with EQ Boost technology, which is tuned to make 362 bhp and 500 Nm of torque, with an additional 21 bhp and 250 Nm of torque available via EQ Boost over short periods. The diesel version, on the other hand, GLS 400 d 4MATIC, comes with a 2.9-litre in-line six-cylinder oil burner that makes 326 bhp and 700 Nm torque.