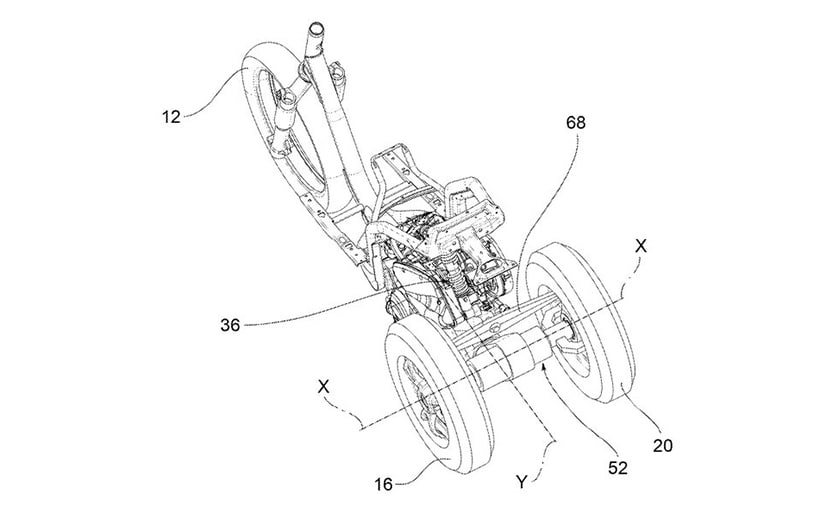 New patents from Piaggion suggest that the Italian brand is working on the developments of a leaning three-wheeler, but with dual rear wheels. 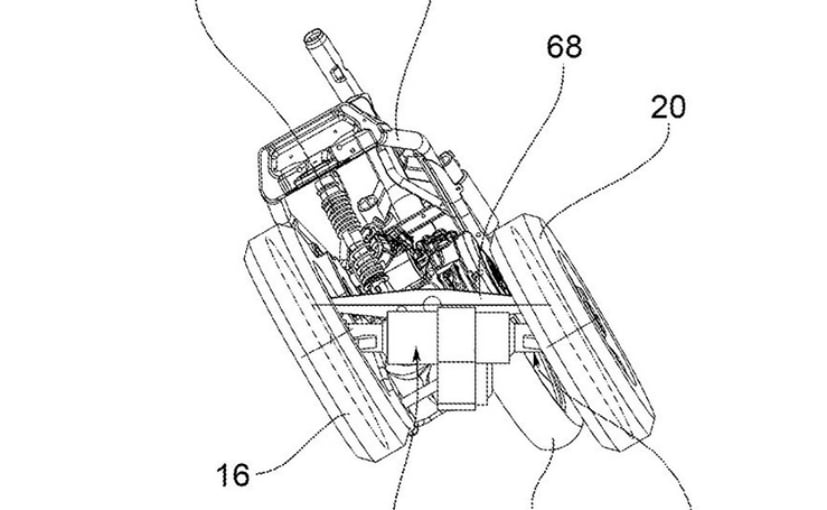 The system uses two leaning wheels at the rear, rather than two front wheels like the one on the Piaggio MP3

If latest patent images are to be believed, Piaggio is already working on a new leaning three-wheeler concept, but this time around, instead of two front wheels, there will be two rear wheels, more like a conventional trike, but with leaning ability for better control around corners. In fact, the Harley-Davidson Tri Glide Ultra also uses a similar concept, the latest patents show that Piaggio will possibly introduce the concept in a more affordable and urban commuter product, which will offer more manoeuvrability and agility while cornering. 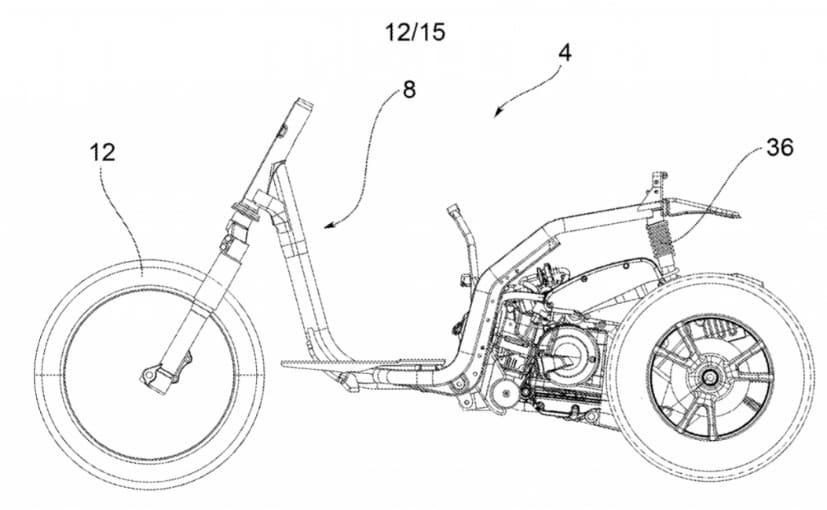 The patent designs show a single front wheel, but it’s not difficult to imagine two front wheels, like the MP3’s front end, for a leaning four wheeled concept as well

The patent drawings seem to suggest a well-developed design, hinting that Piaggio may well already have prototypes of the system. More details are expected on this unique design in the coming months. And while the latest patent design showcases a single large front wheel, it can also be imagined that Piaggio can quite possibly combine the MP3’s two-wheeled front end to also create a leaning four-wheeled scooter. Now, that would be an interesting concept!