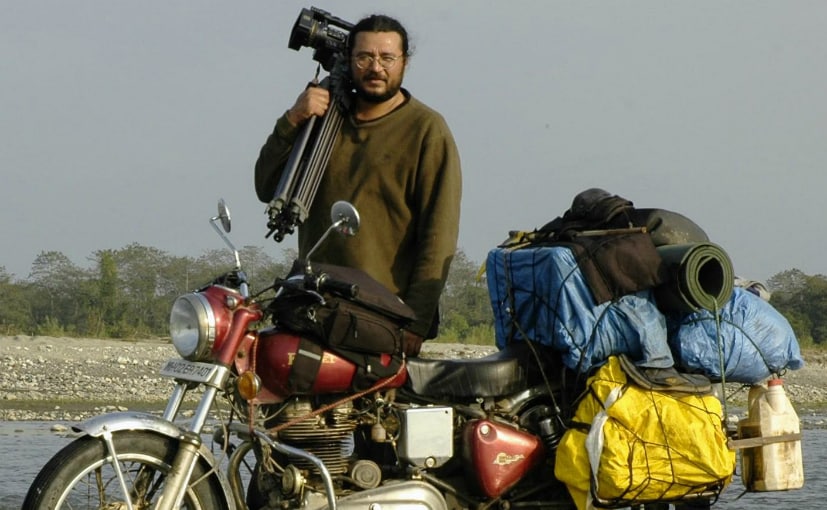 On Sunday, May 24, 2020, I woke up to a text message from an old friend. The message was to the point, without emotion even, and gave me the shocking news of Gaurav Jani’s untimely death, due to multiple organ failure. Gaurav will be remembered by many as one of those trailblazing adventure riders, who not only captured his adventures on a couple of fantastic and memorable motorcycle films, but also as one of those guys who inspired and influenced so many riders to take up long distance motorcycle travel to remote destinations.

Gaurav Jani will be best remembered for his National Award-winning and internationally acclaimed 2006 film ‘Riding Solo to the Top of the World’ and the subsequent ‘One Crazy Ride’. ‘Riding Solo…’ was Gaurav’s solo motorcycle adventure to the high mountains of the Changthang Plataeu in Ladakh, for which he operated as a one-man camera crew unit. For ‘One Crazy Ride,’ which was released three years later, Gaurav embarked on finding a new route across Arunachal Pradesh along with four other members of the 60kph Motorcycle Travel Club, an organisation he had founded.

I don’t remember the first time I met Gaurav Jani. It was sometime in the early 2000s. Social media, as we know it today, was almost non-existent those days. Like-minded hobbyists, including motorcyclists and adventure riders got together virtually on online message boards, and one of the popular mediums was Yahoo Groups. That is how I came to be associated with the 60kph Travel Forum. The 60kph Motorcycle Club differentiated itself from other motorcycle clubs by their insatiable thirst for adventure riding, to unexplored corners of the country. That was the basic premise of 60kph Motorcycle Travel Club, founded by Gaurav Jani. And it was during one of Gaurav’s many trips to the high Himalayas that I first met him in Delhi, I suppose, sometime in 2003 or 2004. 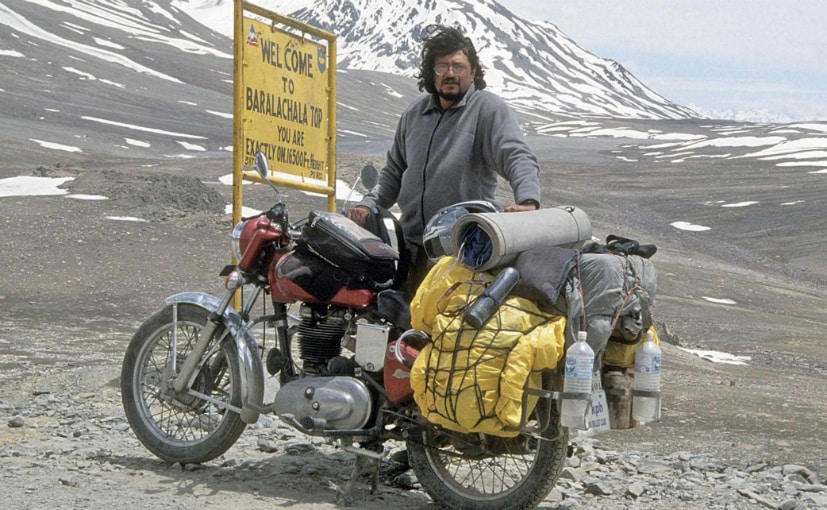 Gaurav Jani in an undated photograph on the Manali-Leh highway, at Baralacha La pass, at 4,890 metres above sea level

My participation in club activities (and group rides) was almost non-existent, but I lived vicariously through pictures and stories of adventures posted by members on the forum. On more than one occasion, I attended a ‘meet’ or two of 60kph members in Delhi, and embarked on just one and only group ride to the Himalayan foothills, along with a couple of old friends. That ride helped forge lasting friendships with a few 60kph members. In any case, I became a sort of ‘active’ 60kph member on the Yahoo Groups forum, more than becoming a regular at ‘meets’.

A couple of years later, I had moved to Mumbai, and got a call from Gaurav one evening. It was a lonely evening for me, on Diwali, away from friends and family. Gaurav extended an invitation to join him and a few other 60kph members for dinner. Two 60kph members picked me up from my workplace and we first went to Gaurav’s apartment in Malad, and from there, on to another friend’s apartment in Borivali. My otherwise uneventful Diwali evening was transformed into a gathering of friends and family, sharing a warm and loving rapport with each other. After dinner, Gaurav insisted that we check out the wilderness of the metropolis, and we ended up making a midnight ride into the forests of Borivali National Park, before I was dropped off at my lodgings in Kandivali. That was Gaurav, always up for an adventure, always eager to show a new friend that adventure is mostly a state of mind.

I moved back to Delhi soon after, and for Gaurav ‘Riding Solo…’ happened, followed by ‘One Crazy Ride’. I lost touch with 60kph, but friendships with several club members remain to this day. As for Gaurav, my relationship was relegated to just following him on social media, where he was not that active anyway. This August, Gaurav would have turned 47. His third film, ‘Motorcycle Changpa,’ which was to chronicle his experiences of living with the Changpa nomads of Ladakh for a year, through the harsh winter, remains unfinished with his passing.

Gaurav Jani will be remembered as an inspiration to many, not just in India, but around the world. He will be certainly missed, not only by the motorcycling community, but also by everyone he touched, and made a powerful impression with his unique style of storytelling. Ride in peace, Gaurav!