Suzuki Celebrates 100th Anniversary With A Trip Down Memory Lane 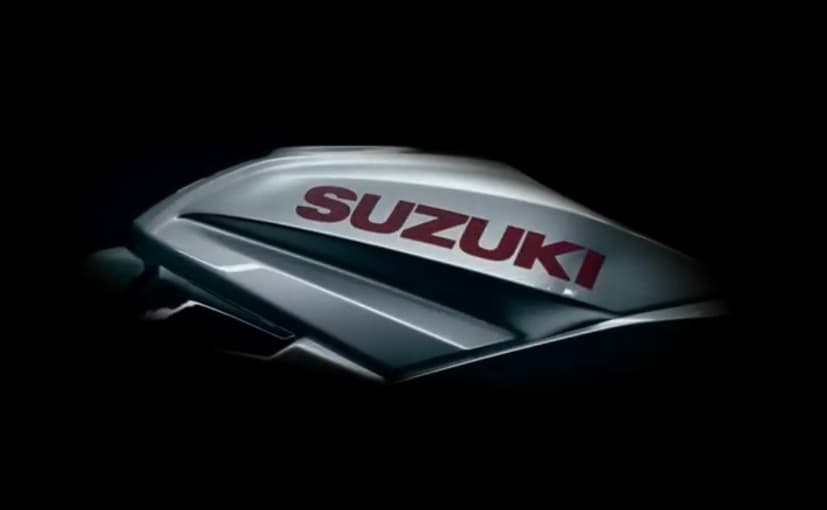 Suzuki Motor Corporation is celebrating its 100th anniversary this month. Currently the third-largest manufacture in Japan, it was on this day, March 15, in 1920, when Michio Suzuki founded the Suzuki Loom Manufacturing Company. Over the years, the company expanded its business from looms to motorcycles, automobiles, outboard motors, and ATVs, and right now, it has 35 production facilities in 23 countries and 133 distributors in 192 countries. To celebrate its centenary, the company has created a new website that walks us through the biggest highlights, iconic launches, and achivements of the company, over the last century.

While Michio Suzuki founded the Suzuki Loom Manufacturing Company 1920, it also started 11 years before that in 1909 with Suzuki Loom Works in Hamamatsu, Shizuoka Prefecture, Japan. Later, in 1920, it was recognised, incorporated and capitalized at 500,000 Yen, which is approximately ₹ 3.42 lakh as per current exchange rates. However, it was 32 years later, in 1952, that Suzuki entered the world of motor vehicles with the launch of the Power Free 36 cc, 2-stroke motorised bicycle, and two years later changed the company’s name to Suzuki Motor Company. 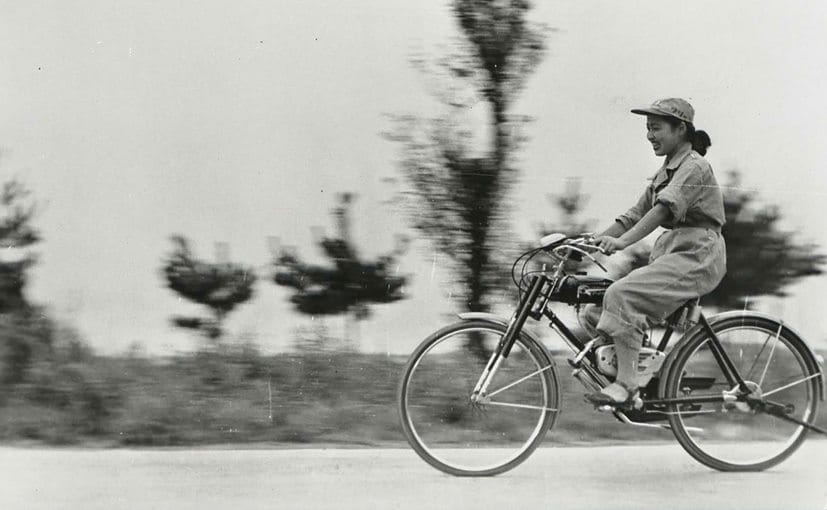 Suzuki entered the world of motor vehicles with the launch of the Power Free 36 cc, 2-stroke motorised bicycle

In March 1955, the automaker introduced its first motorcycle, the Suzuki Colleda 125 cc 4-stroke bike, and the same year, in October, the company debuted its first four-wheeler Suzulight. The car was powered by a 360 cc engine and was in production from 1955 to 1969. In 1961 the company also introduced pick-up trucks and vans under the brand, which were called Suzulight Carry. It was manufactured at the company’s new plant in Toyokawa, Aichi Prefecture, Japan. The Carry brand name is still used by the company for its light commercial vehicles, that is also sold in India as Super Carry. 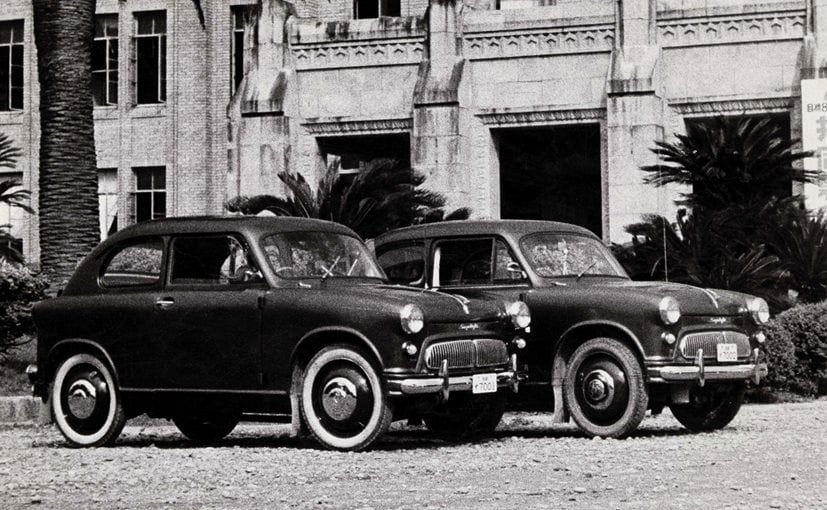 In October 1995, Suzuki introduced its first four-wheeler Suzulight, and came up wth pick-up trucks and vans in 1961

In 1962, Suzuki won the 50cc-class championship in the Isle of Man TT race, and in 63′ Mitsuo Ito won the title again for Suzuki and became the first Japanese rider to win the Isle of Man TT in the 50 cc class. In 1965, the company started making outboard motors and launched D55 5.5hp, 2-cylinder motor. Two years later, in 1967, the company opened its first motorcycle plant outside Japan, in Thailand. 1970 was again a milestone year for the company for that is when the company launched the Jimny, a small 4×4 SUV powered by a 360 cc twin-cylinder engine, and in 1975 Suzuki begins its first overseas car production with the assembly of the Jimny LJ50 4×4 car in Pakistan. In 1972, the Suzuki GT380 371cc, twin-cylinder motorcycle made its debut. The company ended the decade with yet another iconic model, the Suzuki Alto hatchback, in 1979, which was powered by a 550 cc 2-cylinder motor. In 1981, the Suzuki GSX 1100S Katana was launched, a 4-cylinder motorcycle which was also introduced in the global markets. And a year later, in 1982, Suzuki signed entered a joint venture with Maruti Udyog Ltd, which later became Maruti Suzuki India, currently India’s largest car manufacturer. In 1983 the company started production of Suzuki cars in India, with the Maruti 800, and the same year, Suzuki introduced RG250 250cc, twin-cylinder sportbike. In 1985, the company GSX-R750 750 cc motorcycle. In 1990, Suzuki signed yet another basic agreement on a joint venture for car production in Hungary, marking its entry into Easter Europe. In 1993, the company officially became Suzuki Motor Corporation. Subsequently, we saw the launch of some important models like – the Wagon R in 1993, the Suzuki GSX 1300R Hayabusa in 1999, and, in 2004 the company’s popular Swift hatchback. In 2017, the company opened its new manufacturing facility in India, in Gujarat, and a new motorcycle plant in Hamamatsu, Shizuoka, Japan.