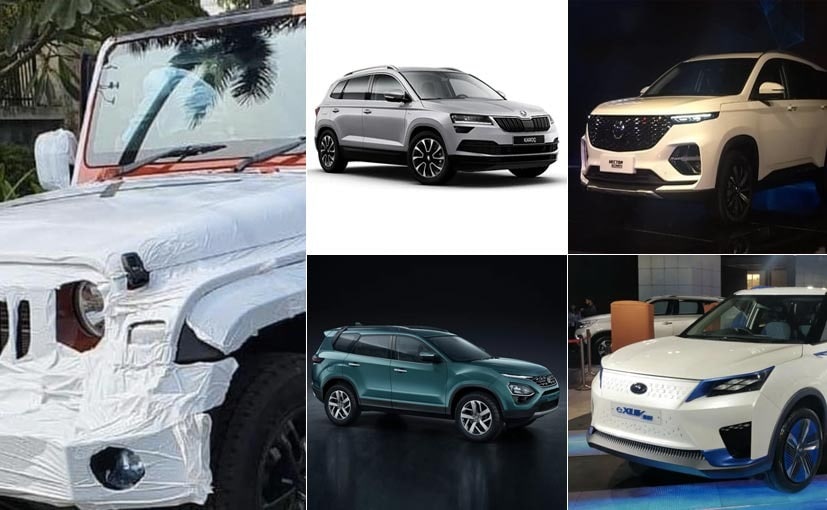 Some SUVs have been scheduled to launch post the lockdown

Numerous new car launches have been delayed due to the lockdown to prevent the spread of the novel Coronavirus. There were models across segments and categories which were scheduled to be launched during this period but now have been pushed ahead. It has also affected the launch of some new models that were to be launched later this year. Here is a list of SUVs that will go on sale later this year 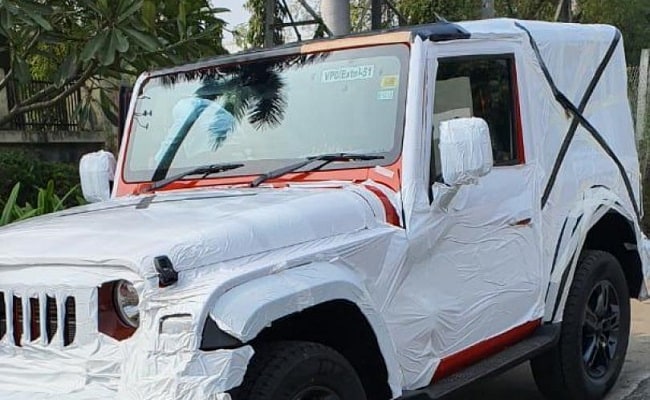 The production ready Mahindra Thar has been recently spotted

Test mules of the Mahindra Thar have been spotted doing the rounds during the lockdown period and now we have seen fresh spy shots of the production ready model. The new-gen Thar will be the first new car to be launched by Mahindra once the lockdown ends. Though the new Mahindra Thar retains the typical boxy silhouette, it looks a lot different, bigger and bulbous compared to its predecessor. The cabin will be reasonably upgraded as well with well bolstered seats and more features. A touchscreen infotainment system, auto climate control, dual front airbags, rear parking sensors and speed alert system among others are expected to be on offer as well. Under the hood, we expect to get a choice of petrol and diesel engines. The petrol motor is likely to be the 2.0-litre turbo-petrol engine and the diesel could be the 2.2-litre turbo diesel engine. Both engines are expected to be mated to a six-speed manual gearbox. 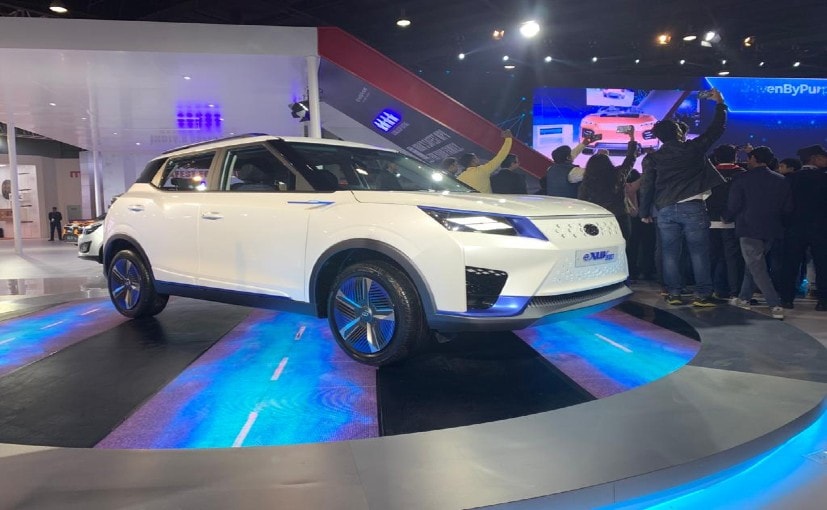 We got to see the Mahindra eXUV300 or the XUV300 electric in the flesh at the Auto Expo 2020 this year and the SUV is expected to go on sale in India in the last quarter of this year. The car will  be powered by an electric motor driving the front wheels and is likely to churn out 130 bhp. The power to the motor will be provided by a 40 kWh battery pack capable of delivering a range of above 300 km on a single charge. The standard variant is expected to offer a range of 250-300 km on a single charge while the Performance variant is expected to receive a power upgrade and a larger battery that will offer a range of 350-400 km on a single charge. It looks similar to the subcompact SUV that is currently on sale in the country, but gets new shut grille, typically seen in EVs, and the X motif which will be standard in all Mahindra electric cars.

The seven-seater version of the Tata Harrier, the Gravitas is one of the most anticipated launches of this year. While the face of the Gravitas is identical to the Harrier, the rear section comes with a proper D-pillar along with a black extension and a larger quarter glass. It measures 4661 mm in length, 1894 mm in width, and 1786 mm in height while the wheelbase remains is the same as that of the Harrier at 2741 mm. It will use the same 2.0-litre, 4-cylinder diesel engine powering the Harrier which will be mated to six-speed manual gearbox as standard while a six-speed automatic will also be on offer. 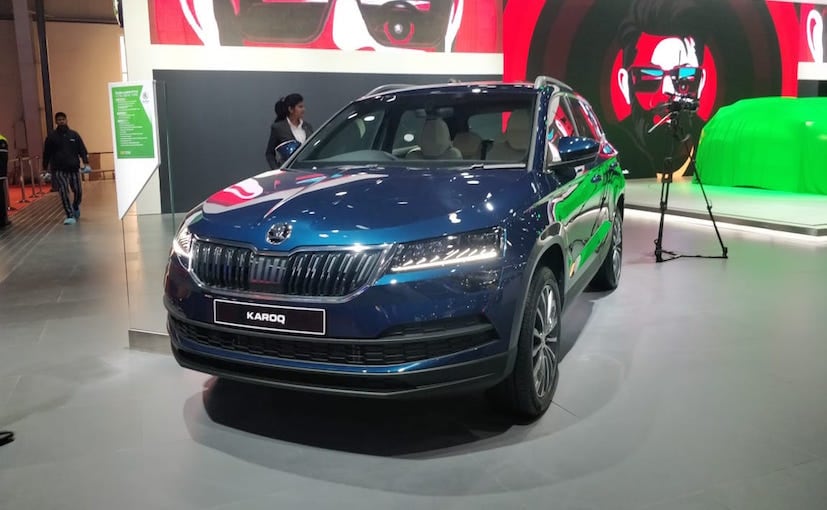 Skoda has already started accepting bookings for the Karoq

The Skoda Karoq has already arrived in India and Skoda is just waiting for the lockdown to be lifted to officially launch it. The karoq will be sold in India as a CBU and bookings are already open for an amount of ₹ 50,000. It is essentially replacement for the erstwhile Skoda yeti and is based on the MQB platform, Under the hood, is a 1.5-litre, four-cylinder TSI petrol motor belting out 148 bhp and 250 Nm of peak torque. The engine is paired to a seven-speed DSG gearbox as standard. 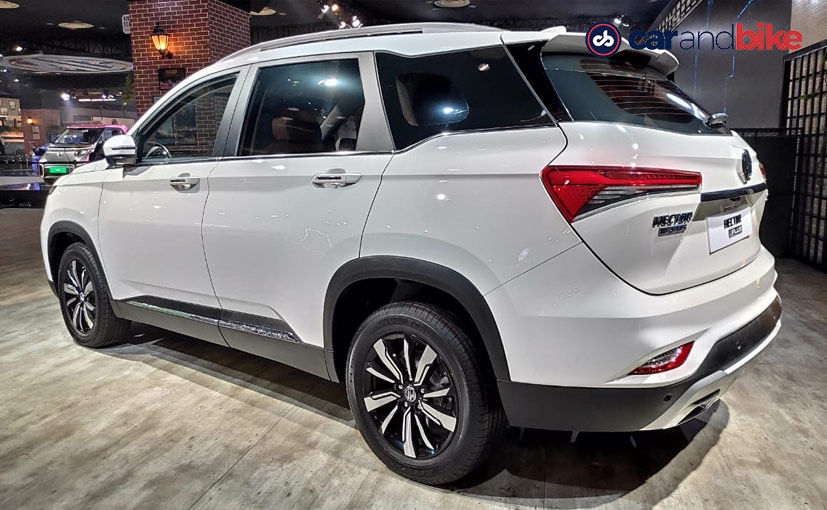 The seven-seater Hector Plus too is expected to go on sale in India next month once the crisis situation is stabilised. The MG Hector Plus will be offered in India in both six and seven seater configurations, with the former featuring captain seats in the second row. The wheelbase of the MG Hector Plus is identical to the five-seater model but dimensions have been updated to add more space in the last row. In terms of looks there are minor changes limited to the chrome border around the grille which is replaced by a glossy black grille, flanked by a set of new LED daytime running lamps (DRLs). The headlamps have also been updated and the black claddings are now gone. Even the Hector Plus will be offered with the same Fiat-sourced 2.0-litre diesel engine and the in-house developed 1.5-litre mild-hybrid petrol motor. While the six-speed manual transmission will be standard, the dual-clutch automatic transmission (DCT) will be optional in the petrol variants.