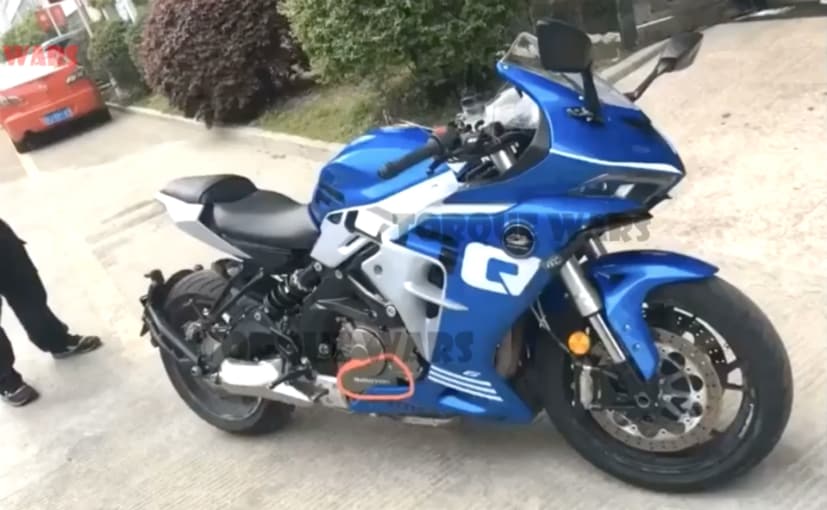 New full-faired Benelli 600RR will be based on the next generation TNT600i, to be called the Benelli SRK 600.

The full-faired middleweight Benelli will be called the Benelli 600RR

The new Benelli 600RR, a fully-faired middleweight sportbike, has now been revealed in a brand new spy shot. The latest spy shot reveals a nearly production-ready model of the new motorcycle, which is essentially a full-faired version of the Benelli SRK 600 which we have seen in spy shots earlier. The 600RR will be based on the replacement model of the Benelli TNT600i, but is distinctly different due to the design, sporting a full fairing. The tail section though is almost identical to the new generation 600 cc nakes, the Benelli SRK 600. The chassis, swingarm, suspension and other cycle parts and hardware are all shared with the SRK 600. The engine is also the same as the 600 cc naked, and the 600 cc, inline four-cylinder motor is expected to put out around 85 bhp of maximum power at 11,500 rpm and 54.6 Nm of peak torque. However, the state of tune of the engine on the 600RR may be slightly different, or if Benelli decides to cut corners, will be the exact same state of tune as the naked. Like the new Benelli SRK 600 (or 600 SRK as it may also be called), the full-faired 600RR will also sport an underbelly exhaust, ditching the last generation TNT 600i’s underbelly twin exhausts. 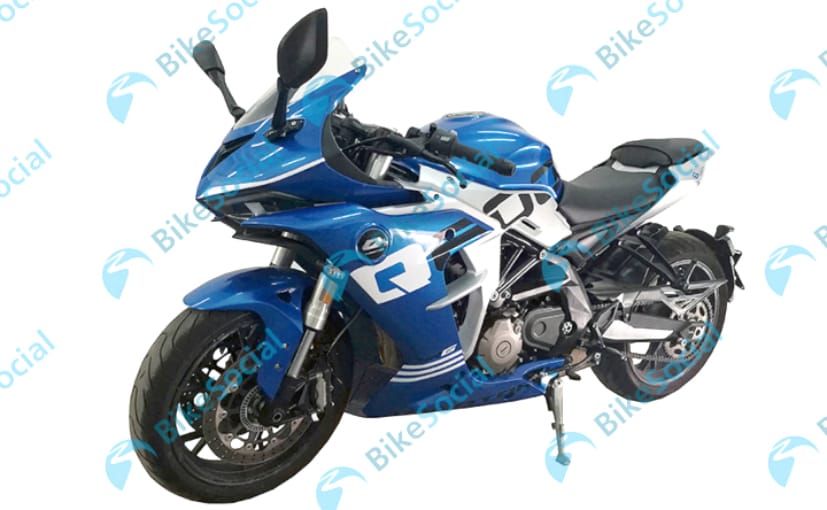 An image of the upcoming Benelli 600RR was revealed recently

Both the new generation 600 cc bikes from Benelli, the 600 SRK, and the full-faired 600RR, are expected to get keyless ignition, backlit controls and a full-colour TFT instrument panel. Like the naked, the 600RR also sports a steel trellis frame, with upside down front forks and a right hand side-mounted rear monoshock. Braking hardware is also shared with the naked, employing twin discs on the front wheel and a single disc on the rear. Both the new middleweight Benelli bikes, the 600 SRK, as well as the 600 RR, are expected to be launched in India. The full-faired Benelli 600RR will compete directly with the likes of the Kawasaki Ninja 650 and the Honda CBR650R.